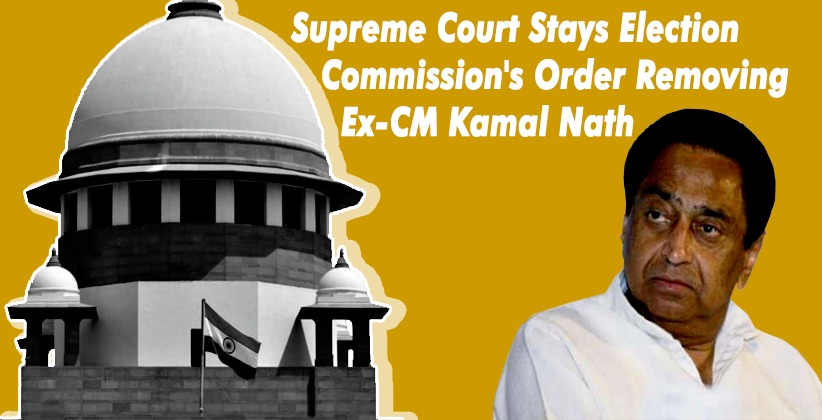 "Who gives you the power to determine who is the leader of the party. We stay this order. You have no such power...," a bench headed by CJI SA Bobde told the Commission while staying its October 30 order. While a political party pays for the expenditure of its star campaigners, individual candidates pay for the expenditure of other campaigners. The Election Commission, in its order, had said it has taken action against the Congress leader over his remark calling CM Shivraj Singh Chouhan, "mafia", "nautanki kalaakar" and "milawat khor" on October 13, 2020.

On behalf of the EC, senior advocate Rakesh Dwivedi submitted that the matter had become infructuous because the election campaign was already over. However, the Bench chose to issue a notice to the EC. "How can the EC determine who will be a leader (campaigner) of the party?" it wondered. Kamal Nath on Saturday moved the Supreme Court against the Election Commission’s decision to revoke his “star campaigner” status for allegedly violating the model code of conduct during the by-election campaign for 28 assembly seats in the state. The Madhya Pradesh Congress Committee President had sought quashing of the EC’s October 30 order on the ground that the order was passed without any notice to him just based on a complaint by a BJP leader. Alleging that the order was “completely unreasoned and passed without application of mind”, he had also raised several questions of law regarding the fundamental right to freedom of speech and expression. He had urged the court to direct the EC to frame appropriate guidelines for speeches by star campaigners/campaigners, “keeping in mind the right to freedom of speech and expression and concept of democratic elections”. “It is submitted that the impugned order is illegal, arbitrary, unreasoned, passed in complete violation of basic canons of natural justice and in the negation of fair play and therefore, deserves to be quashed. Further, no notice has been issued to the petitioner (Kamal Nath) with regard to the impugned order in complete violation of principles of natural injustice,” his petition read. Plea of Kamal Nath The plea of Kamal Nath states that on 22.10.2020, he sent his reply to Respondent No.1 (Election Commission of India), thereby, inter alia, stating that the remark quoted in the notice was completely misunderstood without context and highlighted that there was no malice or intent to disrespect on Petitioner's part. He has further averred in the Petition that,

"Protection of the honor, dignity, and safety of women has been one of the paramount pillars of Petitioner's work as a Chief Minister, Union Minister and Member of Parliament since 1980 onwards and no allegations of misconduct or ill-tempered remark qua women or anybody has ever been attributed to him, whether inside or outside Parliament."

Further, it has been stated that on 26th October the ECI had advised him to not use such words or statements during the period of Model Code of Conduct. (with regard to 'item' remark) However, the plea further says that without any notice to the Petitioner, Respondent No.1 issued another Order i.e the impugned Order dated 30.10.2020 against the Petitioner invoking his "star-campaigner" status. It has been averred that the Order has been passed inter alia in complete violation of natural justice, without any application of mind, and is arbitrary and unreasoned. The plea lists out the incidents wherein the "leaders of Bhartiya Janata Party have been repeatedly making statements ex-facie in violation of MCC during the period of campaigning for the by-elections. However, no such action has been taken against such persons by the Respondent No.1 (ECI)" The plea raises several "Questions Of Law" including, Some of the grounds raised in the plea are: 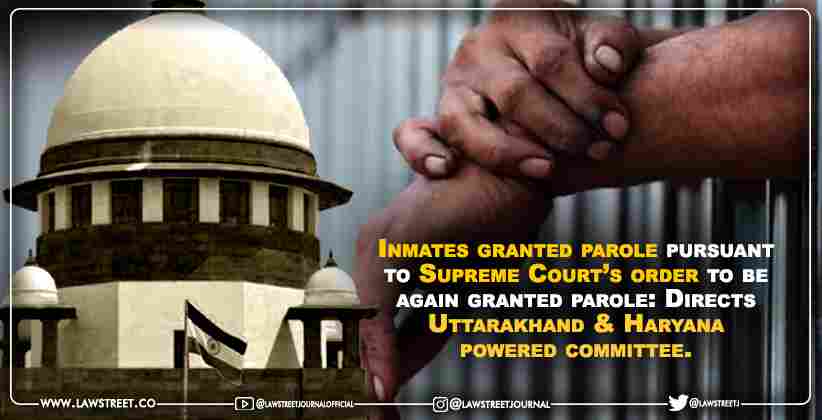