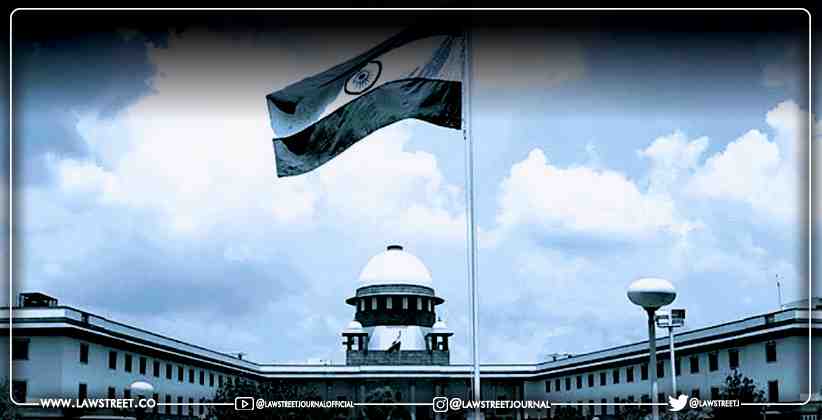 The Supreme Court will examine whether a Magistrate is competent to grant a chargesheet extension under Section 43D of the Unlawful Activities Prevention Act 1967 (hereinafter referred to as UAPA).

Senior Advocate Siddharth Dave contended that the definition of the word ‘Court’ appearing in Section 43D (2)(b) of UAPA should be construed in accordance with the definition of ‘Court’ appearing in Section 2(1)(d) of the Act and hence a Judicial Magistrate is not competent to grant such extension of time for filing a chargesheet under Section 43D of the UAPA.

Section 43D of the UAPA states that if it is not possible to complete the investigation of a case within 90 days, the Court may extend such period up to 180 days after satisfying itself of the need to grant such extension and detain the accused for a longer time.

“Provided further that if it is not possible to complete the investigation within the said period of ninety days, the Court may if it is satisfied with the report of the Public Prosecutor indicating the progress of the investigation and the specific reasons for the detention of the accused beyond the said period of ninety days, extend the said period up to one hundred and eighty days: Provided also that if the police officer making the investigation under this Act, requests, for the purposes of investigation, for police custody from judicial custody of any person in judicial custody, he shall file an affidavit stating the reasons for doing so and shall also explain the delay, if any, for requesting such police custody.”, Section 43D (2)(b) reads.

Relying on the three-Judge Bench decision of Supreme Court in Bikramjit Singh v. State of Punjab [2010 20 SCC 616], Senior Advocate Dave submitted that such extension could only be granted by a special court and the petitioner was entitled to the relief of default in bail terms of Section 167(2) of the Code of Criminal Procedure read with the provisions of UAPA Act.

Considering the importance of the case, the court requested Additional Solicitor General S.V Raju to assist the court.

“Judgments have held that even Special Court Judges are Magistrates. The word ‘Court’ means a court as defined under the CrPC. A magistrate is a court as per CrPC,” S.V Raju stated.

The Bench then noted that these submissions were inconsistent with the decision laid down in Bikramjit Singh v. the State of Punjab and that the Bikramjit judgment would need reconsideration.

“Then this matter stands on a different footing. Then a large Bench will have to hear this because Bikramjit Singh was heard by a 3-Judge Bench,” Justice Lalit observed.