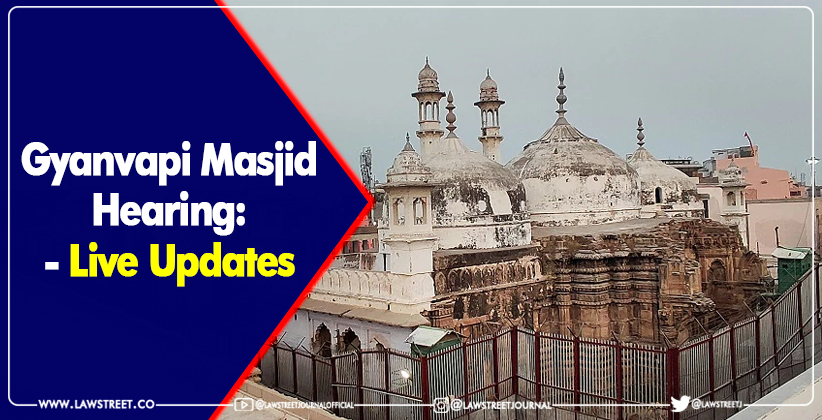 Supreme Court suggests Varanasi district judge may be asked to first decide the maintainability of the suit by Hindu side & the interim arrangement as on date could continue.
Gyanvapi Mosque managing committee doesn't seem to agree with the suggestion.

The bench, apparently, isn't against the spirit of the civil judge's order, observing the PlacesofWorshipAct doesn't bar ascertainment of religious character of a place.

SC: Thus case transferred from civil judge senior division Varanasi to district judge Varanasi. The application filed by plaintiff under O7 R11 CPC shall be decided on priority by the district judge on transfer of suit

SC: Our interim order dated May 17 shall continue to remain in applicating till O7 R11 Application is decided and thereafter for 8 weeks so that parties aggrieved by district judge order can challenge the same

SC: our order does not say alternate

SC: The order passed by civil judge senior judge Varanasi on May 16 shall be subsumed by the order of this court on May 17.

SG: please add that the there is no aspersions on the judge

Sr Adv Kumar: The application under Order 10 Rule 2 has to be decided also.

SC: Validity of the appointment of commissioner has already been decided by HC. We are seized of the matter

Supreme Court doesn't interfere with the Gyanvapi Masjid survey, sends the case to Varanasi district judge for deciding whether the suit by the Hindu side is maintainable.

Matter to be listed after vacations.

SC: We hope everyone has a happy and healthy vacation since most are going out.