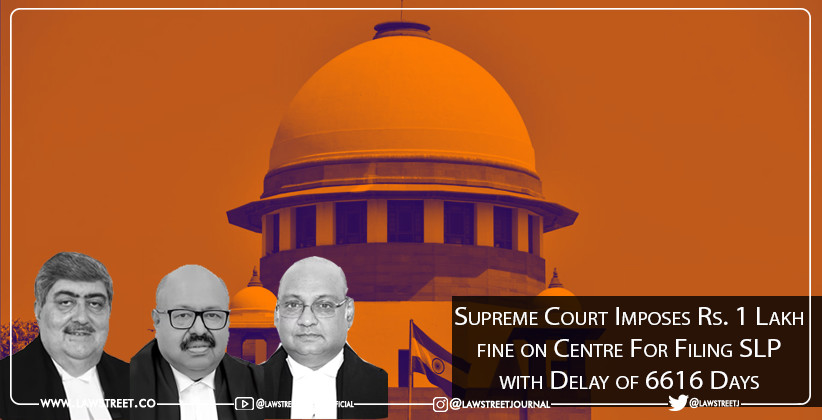 “The approach of the Union of India in the manner it has filed the present special leave petition exasperates us as all earlier counsel appears to have been thrown in the dustbin!”

A writ petition was filed in the year 2000, raising a question of parity in the pay-scale of the employees of the Central Tibetan School Administration and that writ petition came to be allowed by the learned Single Judge in terms of an order dated 07.05.2002. The appellant-Union of India aggrieved by the said order preferred a Letters Patent Appeal (LPA), which was dismissed for non prosecution on 15.12.2008.  In the year 2016, the Centre filed an application seeking restoration of the LPA seeking condonation of delay of 2590 days. This application was dismissed by the impugned order dated 19.12.2018 by the detailed order. The present special leave petitions have been preferred also after delay of 532 days and 6616 days from the original order, on which court said:

“We have heard learned Additional Solicitor General for some time and must note that the only error which seems to have occurred in the impugned order is of noticing that it is not an illiterate litigant because the manner in which the Government is prosecuting its appeal reflects nothing better! The mighty Government of India is manned with large legal department having numerous officers and Advocates. The excuse given for the delay is, to say the least, preposterous.”

Further, the court said that they have repeatedly been counseling various Government departments, State Governments and other public authorities through their orders that “they must learn to file appeals in time and set their house in order so far as the legal department is concerned, more so as technology assists them.” The judges also said that they were of the view that the officers must be made accountable. The Court dismissed the appeal and directed a copy of the order to be placed before the Law Secretary, Govt. of India and Secretary, Ministry of Human Resource Development to look into the matter personally not only making them accountable for compliance but also to ensure that the court is not faced with such matters in future, after saying:

“Looking to the gross negligence and the impunity with which the Union of India had approached this Court in a matter like this, we consider it appropriate to impose special costs of Rs.1 lakh in this case to be recovered from the concerned officer(s), to be deposited with the Supreme Court Advocates on Record Welfare Fund within four weeks.”