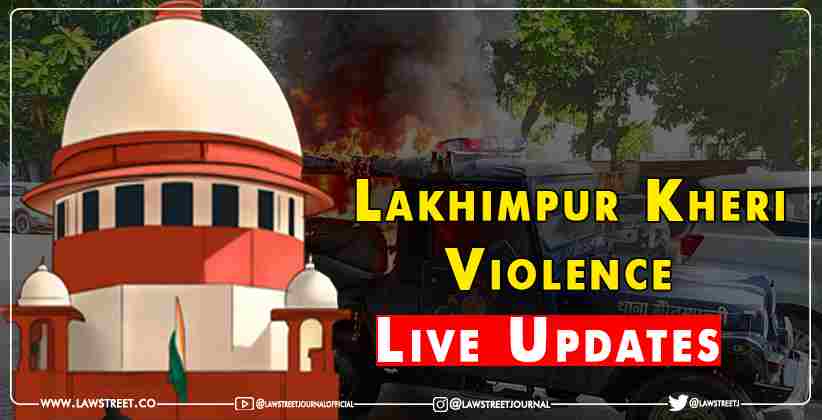 Justice Kant: what it appears to us is that this SIT is unable to maintain an investigative distance between the three FIRs. Now whosoever is coming forward.... it is not necessary to record all statements... it will become a case of oral evidence collected in one fir vs another

Justice Kant: to ensure that there is no mix up of evidence in the case we are inclined to appoint a former judge of a different high court to monitor this probe. we are not confident of having your state judicial committee oversee it

Salve: govt can appoint, we will seek instructions

Salve: a journalist was killed, he was earlier thought to be with ashish mishra but then it was seen he was the one who was crused by the car with the farmers

SC: That is why we are saying let a former different hc judge oversee this. that is why monitoring is required

Justice Kant: the impression given to us is that the journalist was in the car

Salve: there are political overtones to it

CJI: we don't want any tones. you find out from the state and we can appoint a former judge. we will take this up on Friday

Sr Adv Arun Bhardwaj prays for witness protection: I appear for Wife of shyam sundar who was killed. I have photograph of him before he was killed and police had bullet proof jacket with AK 47 rifles.

CJI: That is why we are proposing monitoring by an independent judge

Justice kant: if state govt agrees to monitoring by independent judge then you can submit the material before the judge.

Bhardwaj: I had sent the photograph to UP AAG before 15 days nothing has been done

SC: Wait for some days, we are trying to infuse some independence

CJI: Mr Salve you heard the counsel for the wife of Shyam Sundar

Salve: he was not in police custody....

Bhardwaj: i want CBI in this...

CJI: CBI, CBI, CBI is not a solution for everything

Salve: if you bring CBI here there will be reverse problem, you know it..

SC: we’ve made certain suggestions to State of UP as to how investigation is to be conducted For that Sr Adv Salve has sought some time. List on Friday.

SC said the prima facie view it gets is that one particular accused being benefited by recording statements of witnesses in a particular manner. "What will happen to investigation then," it asked.

SC says both incidents - mowing down of protesting farmers by a vehicle and the lynching of the accused - have to be investigated and taken to logical conclusion.

SC says as per UP police there were 16 accused in farmer mowing down incident of which 3 were lynched. "Why have you seized phone of one accused? Where have you said in status report that rest of the accused threw away their mobiles but the police have recovered CDRs," it asked.

SC asks UP govt whether it would appoint Justice Ranjit Singh for monitoring the investigation being carried out by SIT into the incidents of killing of four farmers, death of a journalist and the lynching of three accused in the incident. UP says it would respond by Friday.

SC says it is attempting infuse some fairness, independence and faith in the investigations into the Lakhimpur Kheri incident.

SC says no to CBI probe into the incident saying CBI is not the solution to everything. "We want a retd HC Judge to monitor the probe and filing of separate chargesheets. We want to protect the evidence collected," said a bench led by CJI N V Ramana. Next hearing on Friday.

There is nothing in the status report.

Where are the lab reports?

SC asks UP police why mobile phones of all accused in Lakhimpur Kheri incident have not been seized, except that of prime accused Ashish Mishra so far. Did other accused not use cell phones, the SC asked. It admonished police by saying "pace of probe is not up to expectation."

SupremeCourt to hear the PIL seeking probe into the Lakhimpur Kheri violence case (in Uttar Pradesh) in which eight people were killed, including four farmers.

Sr Adv Harish Salve: Does the bench have the updated statement?

CJI: There is nothing in it apart from saying that more witness has been examined. 10 days time was granted, lab reports have not come

Salve: they say its 15th, its beyond our control

Salve: They say lab reports will come by Nov 15

CJI: What about other issues?

Salve: what other issues ?

Justice Hima Kohli: only Ashish Mishra's phone has been seized what about others?

Salve: There are 8 mobile phones which has been taken away from accused

CJI: Others are witnesses !

Justice Kohli: what about other accused??

CJI: They did not use mobile phones?

Salve: if you see paragraph 7.... some of the accused says that they don't have cellphones but CDRs have been obtained

Justice Kohli: is it your statement that none of the other accused had cellphones on them?

Salve: we have not got any other on them... with CCTV proof there is clinching proof... once lab reports come.. under section 65 of evidence act, it is established

Justice Kant: prima facie it appears that one particular accused is seeking to be given benefit by overlapping two FIRs, you can appreciate very well the fate of the case.

Justice Kant: now it is being said that there are two FIRs and the evidence collected in one FIR will be used in another. Evidence in FIR 220 is being collected in a way to protect one accused !!

Justice Kant: you have to referred to statements of 68 witnesses... we are not aware of what they have deposed under 164, it is not necessary for us to know this..

Salve: some of them were giving evidence about crime..but somebody gave statements about the other FIR

Salve: the police realises that there are other people in crowd who are trying to protect one accused

CJI: But it has to be separately investigated...

Salve: it is being done so.. it is not that FIR 219 is not being probed and only FIR 220 is being probed. the FIR 220 is about the public lynching so collecting evidence is a little difficult in that

Salve: when they come to give statements we have to record, we cannot say we won't record statements. as far as farmers are concerned 13 have been arrested

Salve reads the list of seizures: CDRs are all with us

Justice Kant: what we expect from SIT is those coming to depose in the case of farmers death, this will be an independent exercise and the evidence you are collecting in the other case cannot be used in this. 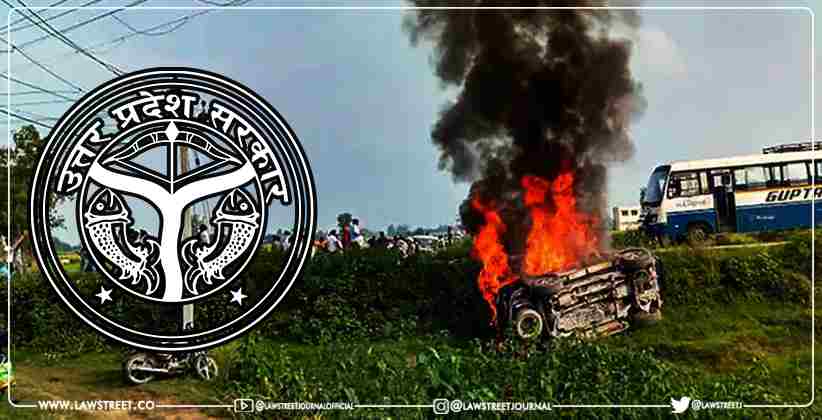