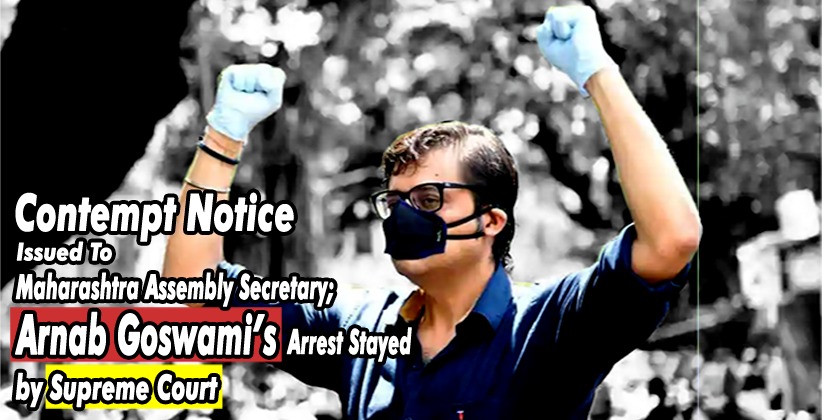 Chief justice SA Bobde directed the secretary to personally explain why action shouldn’t be initiated against him for sending a letter to Goswami allegedly berating him for approaching the apex court against a privilege motion sent to him by the assembly.

The letter amounted to a threat to keep Arnab Goswami from moving to the Supreme Court.

The court also ordered that Arnab Goswami should not be arrested in connection with the privilege notice.

Arnab Goswami had approached the court against the privilege motion sent to him by the Maharashtra assembly for his criticism of the Maharashtra government’s inaction in the Sushant Singh Rajput case.

The 60-page notice asked the journalist to personally appear before the House and explain why breach of privilege proceedings should not be launched against him.

Arnab Goswami is currently in judicial custody after being arrested in an abetment to suicide case from 2018.