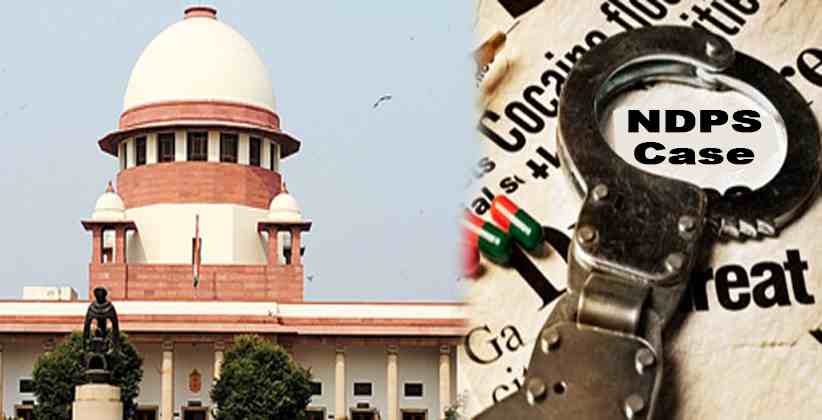 According to Justice Hrishikesh Roy, the trial has not made expected progress in the Chennai Court for the past four years due to communication problems. The petitioner stated that the trial in the Chennai court is stalled in the last 4 years mainly because he was unable to communicate with his lawyer and arranging for his defense has become impossible.

He also annexed that the Brazil Embassy in Delhi is willing to assist the accused if the trial of the suit is transferred to Delhi court. Before the court, the Narcotics Control Bureau submitted that the accused is entitled to effective legal representation, such legal assistance is being offered to him in the Chennai court as well. After taking note of the submission by Narcotics Control Bureau, Justice Hrishikesh Roy observed that “I have considered the circumstances of the case and also the fact that the trial has not made much progress in the Chennai Court since last four years primarily because of the communication problem. If the case is transferred to the court in Delhi, the Narcotics Control Bureau who are the Prosecutor in this case will have no difficulty, as their officers and lawyers are available in Delhi.” Though the order, in this case, states Section 25 CPC, it seems to be a typographical mistake. The provision to be invoked seeking transfer of a criminal case is 406 of the Code of Criminal Procedure. Section 25 of the Code of Civil Procedure is almost likewise worded and authorizes the Supreme Court to transfer civil cases. Section 406 of the Code of Criminal Procedure confers the power upon the Supreme Court to transfer cases and appeals. The Code grants the widest discretionary powers to the Supreme Court to transfer any case or appeal lying before the High Court to any other High Court of any state in the country in order to meet the ends of justice and fulfill the principle of natural justice. The application requesting the transfer of any case or appeal pending before the High Court can be moved to the Supreme Court by any of the following persons: The power granted by Section 406 to the Supreme Court is purely discretionary in nature and the applicant is under no obligation to conclusively establish that in case the transfer does not take place then fair justice will not take place and the applicant is only expected to reasonably substantiate the contentions made by him under the application he has submitted to the Supreme Court.  The application under Section 406 of the Code is made by the interested party should always be in the form of motion supported by an affidavit or affirmation, except in the cases where the applicant is the advocate general or attorney general of the country. The power of the Supreme Court to transfer the cases and appeals also extends to the transfer of the cases from any subordinate court in the country where any matter is pending. However, the court where the case is pending can ensure that the Supreme Court, while transferring the case is taking all the measures to uphold fairness and principles of natural justice. The parties in any suit are always guaranteed the opportunity to bring to the notice of any court with appropriate jurisdiction that there are reasonable grounds that uphold the apprehension in the mind of the person that certain factors inhibit his right to a fair trial. In re Nahar Singh Yadav & Another Vs. Union of India & Others the bench held that "Order of transfer is not to be passed as a matter of routine or merely because an interested party has expressed some apprehension about the proper conduct of the trial. There must be some substantial material to support the said contention and the said apprehension must be a reasonable apprehension.”