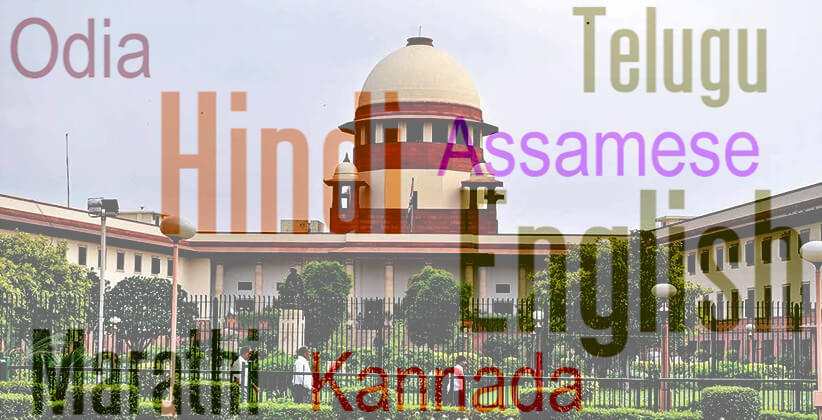 In a move that would significantly benefit the non-English speakers, the Supreme Court has decided to make its judgments available in regional languages on its official website by month-end.

Presently, all the apex court judgments that are uploaded on its website are in English. The point of making them available in regional languages is to enable litigants to check out the status of their cases without having to depend on lawyers.

As per a report in Hindustan Times, to begin with, judgments will be translated into six vernacular languages: Assamese, Hindi, Kannada, Marathi, Odia and Telugu. However, unlike orders written in English that are posted on the website on the day they are passed, the translated versions would be uploaded a week later.

To initiate the move, the Chief Justice of India Ranjan Gogoi had formally cleared the indigenously developed software by the top court’s “in-house” electronic software wing.

“The need to have judgments in vernacular languages arose as litigants have been approaching the SC office asking for a copy of the final verdict in a language they can speak and read. Every litigant may not be an English-speaking individual,” an officer from the registry told HT.

The languages to translate the judgments into were decided on the basis of the number of requests coming to the top court from various states. The exercise will be repeated in the second phase, the report said.

In the Constitution Day function last year, President Kovind had appreciated CJI Gogoi for proposing the initiative to provide certified copies of judgments, translated from English to regional languages, to litigants.

Court Must Not Go Deep Into Merits Of The Matter While Considering An Application For Bail: SC [Read Judgment].