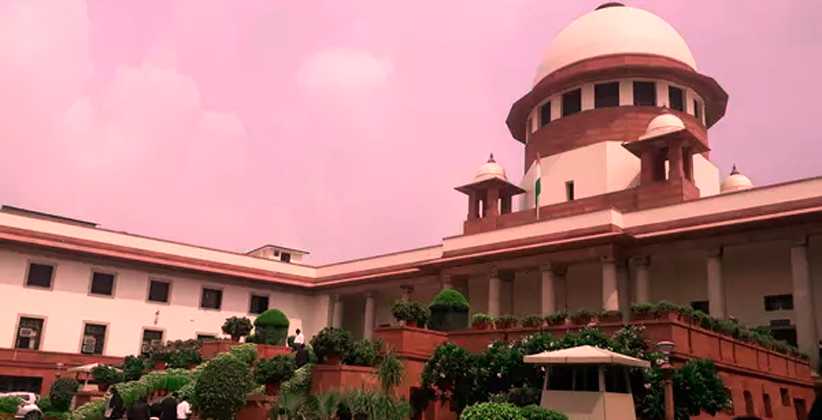 The Supreme Court recently shifted an NDPS case against a Brazilian Citizen from Chennai Court to Delhi Court.

Justice Hrishikesh Roy observed that the hearing against Jailson Manoel Da Silva has not made much headway in the Chennai Court for the last four years mainly due to the communication issue.

The petitioner argued before the court that the trial in the Chennai Court is basically hauled for the last about four years mainly due to the face that he cannot express himself properly with his counsel due to his language issue and organizing his defense has mainly become impossible. He also expressed before the court that the Embassy of Brazil in Delhi is ready to provide aid to the accused if the trial of the case is shifted to a Delhi Court from the Chennai Court.

Narcotics Control Bureau contended before the court that the accused is definitely qualified to an able legal representation, but the requisite is being given to the accused, in the Chennai Court as well. Taking his contention into consideration, Justice Roy allowed the Transfer Petition and observed:

“I have considered the circumstances of the case and also the fact that the trial has not made much progress in the Chennai Court for the last four years primarily because of the communication problem. If the case is transferred to the court in Delhi, the Narcotics Control Bureau who are the Prosecutor in this case will have no difficulty, as their officers and lawyers are available in Delhi.”

Although the order in this instance talks about Section 25 CPC, it appears to be a typographical mistake. The provision to be cited for asking for a transfer of a criminal case is Section 406 of the Code of Criminal Procedure. Section 25 of the Code of Civil Procedure is quite similarly worded and gives the Supreme Court the power to transfer civil cases.

In a case entitled Nahar Singh Yadav vs. Union Of India AIR 2011 SC 1 549, the Supreme Court has analyzed the scope of this provision.

It noted that “an order of transfer of trial is not to be passed as a matter of routine or merely because an interested party has expressed some apprehension about the proper conduct of a trial. It held that this power has to be exercised cautiously and in exceptional situations, where it becomes necessary to do so to provide credibility to the trial. The three-judge bench then listed some broad factors that should be kept in mind while considering an application for transfer of the trial:

When it appears that the State machinery or prosecution is acting hand in glove with the accused, and there is a likelihood of a miscarriage of justice due to the lackadaisical attitude of the prosecution; When there is material to show that the accused may influence the prosecution witnesses or cause physical harm to the complainant;

Comparative inconvenience and hardships likely to be caused to the accused, the complainant/the prosecution and the witnesses, besides the burden to be borne by the State Exchequer in making payment of traveling and other expenses of the official and non-official witnesses;

A communally surcharged atmosphere, indicating some proof of the inability of holding fair and impartial trial because of the accusations made and the nature of the crime committed by the accused; and

Existence of some material from which it can be inferred that some persons are so hostile that they are interfering or are likely to interfere either directly or indirectly with the court of justice.”