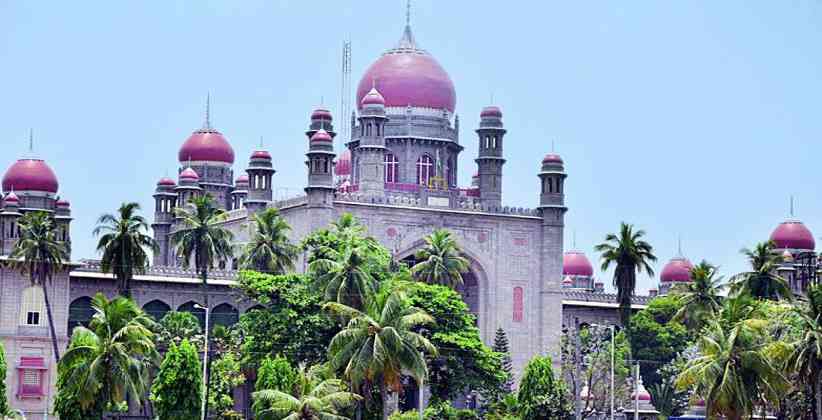 The petition seeking a direction to the government to keep in abeyance the demolition of the Secretariat was filed by professor P.L. Vishweshwar Rao and Cherukuri Sudhakar. The petitioners' counsel Chikkudu Prabhakar contended that the demolition, which started four days ago, was illegal as the government had not obtained required permissions. Citing Rule 4 (3) of the Construction and Demolition Waste Management Rules, Mr. Prabhakar said that the High Court has asked the State government to prepare and present a plan for demolition of a building with permissions they have taken under Construction and Demolition Waste Management Rules 2016 till Monday.

The lawyer said the government had not presented any of them before the court. Prabhakar said that the Secretariat falls under the green zone/buffer zone. "It (secretariat) is beside a water body, Hussain Sagar. Yet they started demolition causing pollution in the surroundings. In this critical coronavirus situation, the Indian Council of Medical Research (ICMR) has issued guidelines to maintain cleanliness, but the State government is violating it and on the name of 'Vasthu' they started demolition which is completely wrong," Prabhakar said. "The government said that they will get permission by tomorrow. However, the bench denied their request. The next hearing is posted on July 13. Even on Monday, we will argue, and we will try to stop the demolition of Secretariat completely," he added. Prabhakar also questioned the necessity to demolish the building at midnight and why the pollution control board and the environment department were not interfering. After the High Court gave its clearance to the construction of a new secretariat, the Telangana government authorities had started demolishing the secretariat from July 6 night. The Bench comprising Chief Justice Raghvendra Singh Chauhan and Justice B. Vijaysen Reddy sought to peruse the permission-related papers from the government. Advocate General B.S. Prasad informed the Bench that he would secure instructions on the clarifications sought by the court. The Bench said the ongoing demolition was prima facie in violation of the rules and since the government could not present details of the obtained permissions and issued directions, it must stop the demolition till July 13, 2020.