Twin Requirement Of Demand And Acceptance Of Bribe Money Must Be Proved To Attract The Rigors Of S 7, 13(2) PC Act [Read Judgment] 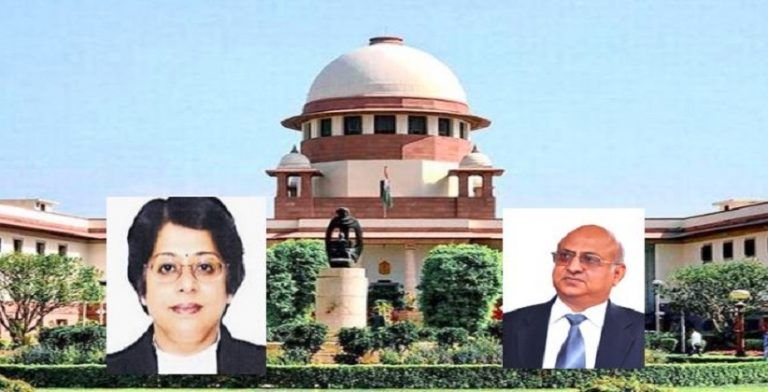 The Supreme Court on October 9, 2018, in the case of Dashrath Singh Chauhan v. Central Bureau of Investigation has held that in order to prove the offence of demanding and accepting illegal gratification by a public servant, the prosecution has to prove the twin requirements of “demand and acceptance of bribe money by the accused.”

The matter came up in a criminal appeal before a Bench comprising of Justices Indu Malhotra and Abhay Manohar Sapre.

In this case, the appellant was an employee of Delhi Electric Supply Undertaking (DESU) working on the post of Inspector.

On 28.03.1995, the complainant Arun Kumar lodged an FIR under Section 7read with Section 13(2) of the Prevention of Corruption Act, 1988, against the appellant and another employee of DESU namely, Rajinder Kumar complaining that in January 1995, he applied for installation of an electric connection for his factory and for that purpose he met the appellant in his office where he demanded from him Rs. 4000 for doing the above said work and told him that unless he pays a sum of Rs. 4000 as bribe to him, it is not possible to install that electric connection. On the basis of the said FIR, the CBI formed a raiding party to implicate the appellant.

The Trial Court by its judgment dated 31.05.2001 held that the prosecution failed to prove the case of conspiracy between the appellant and co-accused Rajinder Kumar and therefore, acquitted both the accused from the charge of conspiracy under Section 120 B of the Indian Penal Code, 1860.

Further, the Trial Court due to insufficient evidence acquitted Rajinder Kumar from all the charges, however, convicted the appellant for the offence punishable under Sections 7 and 13(2) read with 13(1) (d) of the Prevention of Corruption Act, 1988.

Thereafter, on appeal the High Court by an order dated 20.07.2009 upheld the conviction of the appellant and dismissed the appeal. Aggrieved by the said order the appellant moved to the Supreme Court.

Ratio decidendi in the case

The Bench held that the prosecution has failed to prove the factum of acceptance of bribe money of Rs. 4000 by the appellant from the complainant and in order to attract the rigors of Sections 7, 13(2) read 13(1) (d) of Prevention of Corruption Act, 1988, the twin requirements of “demand and acceptance of bribe money by the accused” must be proved. Therefore, the appellant is entitled to acquittal from the charges framed against him under the Prevention of Corruption Act, 1988.

“Since in order to attract the rigors of Sections 7, 13(2) read 13(1) (d) of PC Act, the prosecution was under a legal obligation to prove the twin requirements of “demand and acceptance of bribe money by the accused”, the proving of one alone but not the other was not sufficient. The appellant is, therefore, entitled for acquittal from the charges framed against him under the PC Act too,” the Bench said.