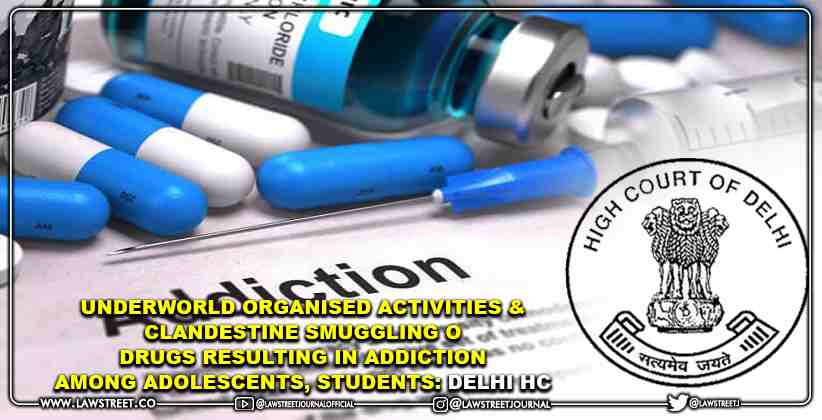 The Delhi High Court recently observed that organised activities of underworld and clandestine smuggling of narcotic drugs is resulting in drug addiction among adolescents and students of both sexes [Ram Bharose v The State].

This is having a deadly impact on society as a whole, single-judge Justice Subramonium Prasad observed while dismissing the bail application of a man found with around 200 grams of smack.

“It has been observed that organized activities of the underworld and clandestine smuggling of narcotic drugs and psychotropic substances and illegal trafficking in such drugs and substance is resulting in drug addiction among sizeable section of the public, particularly the adolescents and students of both sexes and the menace has assumed serious and alarming proportions in the recent years which has a deadly impact on the society as a whole,” the Court said while referring to the top court's judgment in Gurdev Singh v State of Punjab.

The accused had been charged with offences under Sections 21/25/29 of the Narcotic Drugs and Psychotropic Substances Act (NDPS Act). He had earlier filed an anticipatory bail plea before the Sessions Court, which was dismissed in November.

The Court noted that the investigation in the case is at a nascent stage and the allegation against the petitioner is that he supplied drugs to peddlers for distribution, and the quantity recovered from him was commercial quantity as well.

The Court further said that the man is involved in another offense under the NDPS Act registered with the Crime Branch, and therefore he is likely to commit another offense while on bail.

The plea was, therefore, dismissed.