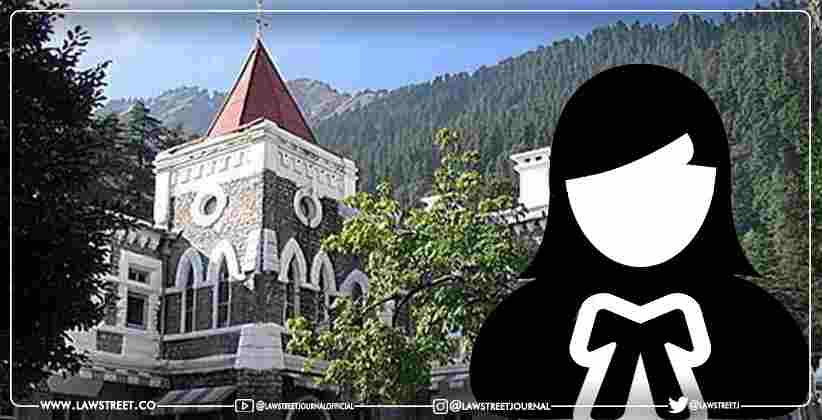 The High Court of Uttarakhand has taken suo motu cognizance of a case in which the secretary of the Laksar Bar Association, Navneet Tomar, allegedly made repeated phone calls and sent messages to a Woman Judicial Officer.

The Court has filed a criminal contempt petition against Tomar and has scheduled the next hearing for July 28, 2021.

A division bench of Chief Justice R S Chauhan and Justice Alok Kumar Verma directed Tomar to present his case either personally or through his lawyer.

The Court had previously served Tomar with a show-cause notice, asking why no action should be taken against him.

In the past, a single bench of the Supreme Court dismissed Tomar's plea for the quashing of the FIR and a stay of his arrest in the case.

According to officials, a Woman Judicial Officer at a Family Court filed a complaint at the Laksar Police Station alleging that Tomar had been sending her messages and calling her on a regular basis since June 10,2021.

Tomar was also accused of taking photographs with her at a function, having them printed, and sending them to her with bouquets and gifts.

He also visited the woman judicial officer's residence and her chamber on the court grounds, despite the staff's objections.

The police have filed a case against Tomar under various sections of the Indian Penal Code.

Tomar had previously stated in the petition filed before the single bench that he was the secretary of the Bar Association and that in that capacity, he attempted to present photographs and bouquets to the Judge of the Family Court.

He stated that he had gone to her chamber and house, which is why he had made the phone calls and sent messages to her.

Tomar's licence to practise advocacy had previously been suspended by the Uttarakhand Bar Council.