Home Judiciary We Won’t Allow Entry But We Won’t Stop Them Either: SC Says On Women’s Entry To Sabrimala
Judiciary 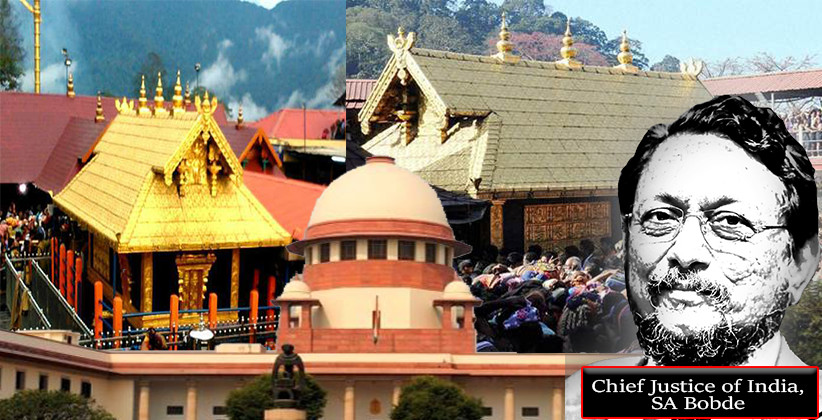 The Supreme Court today (December 13, 2019) refused to pass any order allowing or stopping the entry of women in the Sabrimala Temple using it’s discretionary power but said that the seven judges bench will be constituted as soon as possible and the matter will be taken up after the reference is decided.

The Chief Justice of India, SA Bobde said “we know the law and the law is in your favor. If the law is not followed we will send them to jail. But the situation is very emotive, that is why the court thought it best to refer the judgment to a larger bench. One judge’s verdict is not weightier than a seven judge’s verdict. There is already a judgment allowing the entry of women in Sabrimala but it is also true that the matter is pending before a larger bench.”

They further added that, “if she can happily go and pray at the temple, we are not stopping her. But we are also not passing any order yet.”

The Chief Justice observed that the 2018 judgment wasn’t the last word on the case since the matter is pending before a larger bench which is why everyone should wait. Colin Gonsalves, on behalf of Rehna Fatima told the Supreme Court that, “I am not allowed into the temple.”

The CJI further said that the practice has been going on for thousands of years. “Balance of convenience requires that such an order should not be passed in your favor today,” he added.