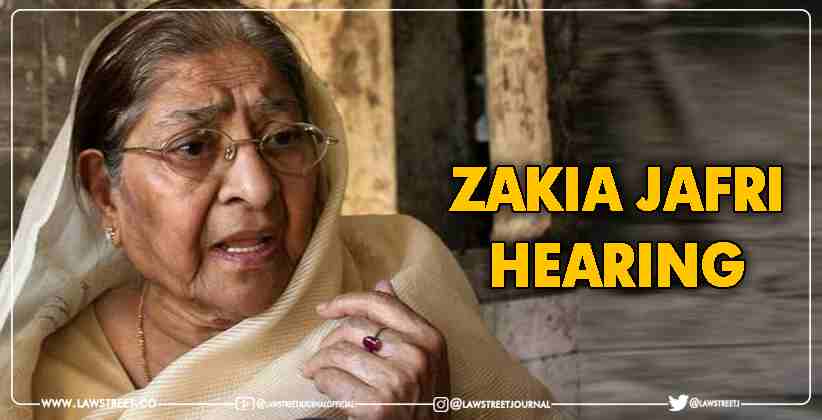 Rohatgi: If Mr Sibal can finish today, i can wrap up tomorrow

Sibal: That is not possible at all.. I have some more volumes left to refer

Sibal: i cannot finish at all...

Sibal: let me continue post the break also. You all should also take a break from this case

Rohatgi: if Mr Sibal can finish.... I will finish tomorrow

SC: Mr Sibal submits that he will take some more time. Since the court will take a break next week, it will be appropriate that hearing continues after the Diwali vacations

SC: Mr Sibal would be filing some additional documents. As a result, we defer the hearing to November 9, 2021

SC: If there are PMLA matters then we will continue else it may be physical.

Sibal: smaller matters may be taken but not such large volumes

SC: We will take a call then

Sibal:Now you will hear PMLA cases?

Sibal: I see same things happening in every state, that’s what investigations have been reduced to now a days!

Bench: Its not an ordinary investigation, SIT was ordered by Supreme Court. Don’t generalise it.

J Khanwilkar: You have a point to say they could’ve done something they did not, don’t say they did not do anything

Bench: Then we intervene, Don’t bring that ideology in this case.

Bench asks who Mr Rohatgi is appearing for in the case

Sr Adv Mukul Rohatgi: I appear for SIT. We will show that we have faithfully investigated everything.

Sibal: I don’t want to be in position where I’m made to argue something I don’t want to.I am Not interested in dealing with individuals but manner in which state reacted

Sibal adds:My learned friend wants to travel in muddy water, I won’t even after his persuasion

Mr Sibal refers to his convenience compilation, points out that at multiple locations calls were made for ambulance but calls weren’t answered

Sibal: Wasn’t this responsibility of this great SIT that was constituted. Since Lordships asked me the question that how’s state responsible, who’s to be responsible then?

Sibal:Firstly you’d find out who all were in control room, then take their statements. You’d take his phone, see who did he ring up at that point of time. Where was he located when he was calling. Then you record that gentleman’s statement & see what he told him

Sibal: All this should’ve been investigated by SIT, question is why did they not? They took information, what did they do about it, nothing!

Bench: We have to move forward from 2011. We can’t move backwards. Going backwards to history of 2009,2010 that may not help us today. 2011 this court says submit report before Magistrate.

Also Read - 'No Investigator With a Sense of Justice Will Discard These Evidence': Sibal Slams SIT Probe Giving Clean Chit to Narendra Modi & Ors. in the Gujarat Riots Case

Sibal: Thats a constructive approach and i will abide by that.

Sibal: None of this was dealt with by anybody. Houses were burned, 106 properties in Dhansura, they were all destroyed. This particular sting, Ashish Khaitan was a prosecution witness in one of the cases

Sibal: & this SIT relied on that sting in related to other accused. This tape was authenticated by CBI as genuine, where do we go?

Sibal: Tape wasn’t taken into consideration, that stage didn’t come, closure report was filed that was it.

Sibal: If it's only about gulberg society, then there's the end of the case. Larger conspiracy has to be investigated or not?

Bench: It has to but right now you're taking us to documents related to individual accused. Let us focus on how the report has dealt with this.

Sibal: The report has not dealt with this. There’s no sentence in the report. All I want to show is all this material was with the SIT which was not looked at.

J Khanwilkar: Yes, but material is to be looked at based on the allegations.

Sibal: Yes the material has to be looked at but these are part of the protest petition allegation. In the closure report none of this has been looked at.

Sibal reads the findings in the allegations with regards to meeting where certain directions were given. I don't want to enter into any political arena but only want the rule of law to be upheld.

Sibal: Why dead bodies were handed to Jaydeep patel is a serious issue. He was a vhp functionary, why would anybody handover? It was all that was said by the SIT.

Sibal: Its a serious issue that a private person is handed over dead bodies, what he says is alright we’ll have an inquiry. What happened to that inquiry? nothing!

Sibal: Question is, contrary to all rules of procedure, How was a dead body given to this individual through an official communication!

Sibal: By the times these bodies reached Ahmedabad the crowd had already gathered.

Sibal: Who made phone calls? How did anyone know that Patel was taking dead bodies? Who made these calls? I don’t know, but these have to be investigated.

Sibal: Is this fashion of Investigation being done? Should the Magistrate not have said further investigate? Your Lordships are far too experienced for me to even make submissions on this.

Sibal: not in this case

'No Investigator With a Sense of Justice Will Discard These Evidence': Sibal Slams SIT Probe Giving Clean Chit to Narendra Modi & Ors. in the Gujarat Riots Case 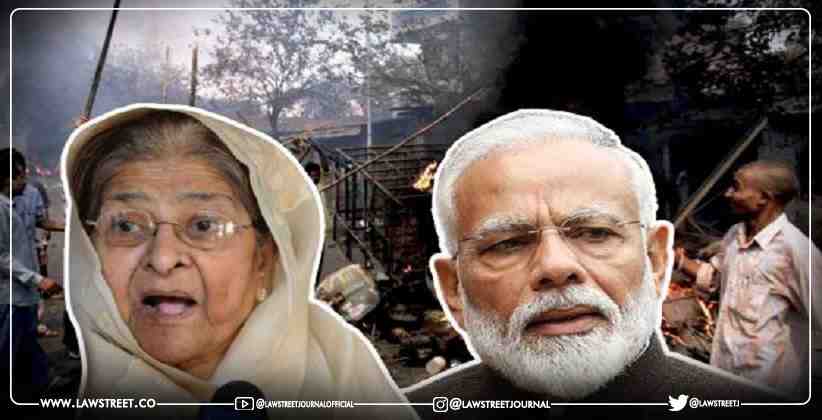 Judiciary Nov 11, 2021 Anurupa Biswas ( Editor: Ekta Joshi ) 39 Shares
39 Shares
The SC heard senior advocate Kapil Sibal in the plea challenging the SIT report giving clean chit to the erstwhile Gujarat Chief Minister, Narendra Modi and other high functionaries in the Gujarat Riots of 2002.Kapil Sibal was appearing for the Petitioner, Zakia Jafri, widow of Congress MLA Ehsan Jafri, who was killed in the Gulberg Housing Society massacre during the 2002, before a bench of Justices A M Khanwilkar, C T Ravikumar and Dinesh Maheshwari. Zakia had filed a complaint in 2006 before...
Read full post 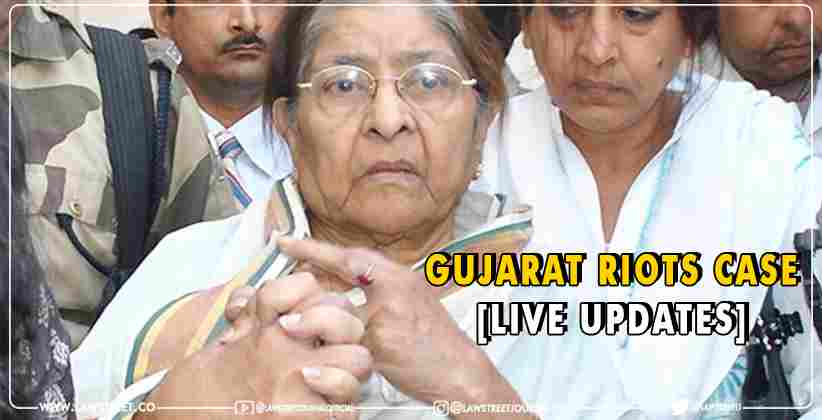 Judiciary Nov 11, 2021 Lawstreet News Network ( ) 19 Shares
19 Shares
Gujarat Riots Case: Supreme Court to continue hearing today the petition filed by Zakia Jafri challenging the SIT's clean chit to the then Gujarat CM Narendra Modi & other high functionaries in the #GujaratRiots of 2002.Senior Adv Kapil Sibal starts arguments. He refers to Article 21 of the Constitution.Sibal : A person can be deprived of life and liberty if under a procedure he stands convicted - that is another element of A21. The Cr.P.C. sets the procedure.Sibal refers to Sec 157 CrPC -...
Read full post