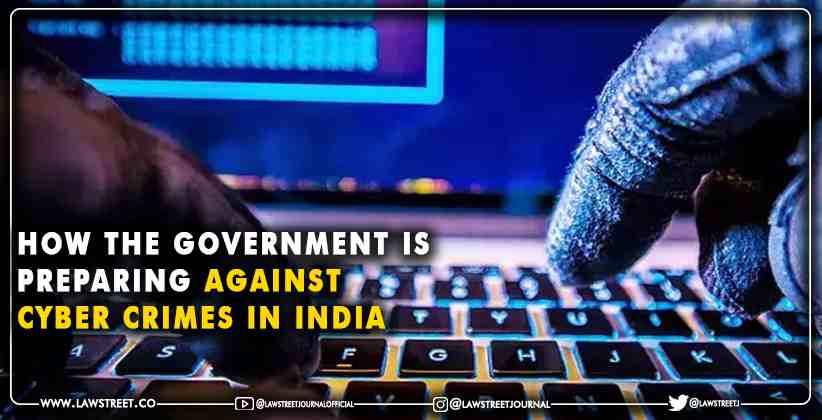 Cybercrime involves the use of computers and computer networks to commit criminal activities. India has experienced many innovations in the past few decades and one of them is the advancement in technology. However, it comes with a disadvantage that is the criminal misuse of the Internet.

As of 2016, India is globally ranked third for malicious activities whereas China and the United States have taken the 1st and 2nd place respectively. It is estimated that by year 2022 the number of internet users will cross the heights of above 512 million users.(stastica2019).

National cyber security coordinator Mr Rajesh Pant told that the most important requirement for securing the Internet is to have effective coordination between government officials who are overseeing the aspect of securing the whole nation. He also added that proper formation of critical infrastructure and seamless partnership between the public and private are two key aspects to a cyber security framework, and for such stringent framework to be created a country requires a huge budget.

The Director General of the National Critical Information Infrastructure Protection Centre, Mr. Ajeet Bajpai said that with the growing size and scale of our economy, approximately 25,000 crore rupees are required to attain this goal, he also continued saying that there is a need to emphasise on the need to make cyber security a mandatory subject in the universities for high decibel awareness.

With the problem of cyber crime growing its head again and again in our society, the necessity of creating a secured framework for all government organisations has never been more crucial.

When creating Internet, its creators might have never imagined a world where the “all pervasive Internet” would be used for criminal activities and harmful acts. There is a crucial need for strict cyber laws in India because due to the anonymous nature of the Internet it is possible to engage into a variety of criminal activities with impunity and people with intelligence.

Mentioned below are some of the initiatives which the Government of India has taken to tackle this situation:

1) To regulate such activities that violate the rights of an internet user, the Indian government has Information Technology Act, 2000. There are some sections in the act which attempt to safeguard and empower the Internet users from the cyberspace.

A person who intentionally conceals, destroys or alters any computer source code when it is required to be maintained by law, commits an offence and can be punished with three years imprisonment or a fine of two lacs or both.

If a person fraudulently uses the password, digital signature or other unique identification of another person then he or she can face imprisonment to up to three years order fine of 1 Lac rupees or both.

If a person cheats someone using a computer resource or a communication device then he or she could face imprisonment to up to three years or a fine of rupees one Lac or both.

If a person captures, transmits or publishes images of a person's private parts without his or her consent or knowledge, the person is entitled to imprisonment of up to three years or a fine of rupees 2 Lac or both.

A person can face life imprisonment if he or she denies an authorised person the access to the computer resource or attempts to penetrate or access a computer without authorization, with an aim to threaten the unity, integrity, security or sovereignty of the nation then he commits a non bailable offence.

If a person captures publishes or transmits images of a child in a sexually explicit act or induces anyone under the age of 18 into a sexual act, then the person can face imprisonment up to 7 years or fine up to 10 lacs or both.

If the government feel it necessary in the interest of sovereignty and integrity of India, it can intercept, monitor or decrypt any information generated, transmitted, received are stored in any computer resource. The power is subject to compliance of procedure. under section 69 A, the central government can also block any information from public access.

If a body corporate is negligent in implementing reasonable security practises which causes wrongful loss or gain to any person, such body corporate shall be liable to pay damages to the affected person.

Some other initiatives of the government to tear down the pyramid of cyber crime are:

The advancement in the Indian computer emergency response team is CERT-In. The Indian Computer Emergency Response Team is a department under the Ministry of Electronics and Information Technology of the Government of India. It was founded on 19th January 2004. It Operates  as the national agency for tackling the country cyber security,  helped in lowering the rate of cyber attacks on government networks. The implementation of anti phishing and cyber security awareness training in India and its government agencies has assisted the government employees in fighting against cyber crimes. Apart from spreading awareness of the dangers posed by phishing attacks on the public, it also issues alerts and advisories regarding the latest cyber vulnerabilities and countermeasures to tackle them.

Cyber Surakshit Bharat Yojana was launched by the Ministry of Electronics and Information Technology (MeitY) in 2019. It is an initiative to fortify cyber security system in India with regard to the Government’s vision of a Digital India.

It aims at strengthening the cyber security system in India in line with the government vision of a digital India.

Digitalization has rapidly transformed the governing system and therefore having a good governance here is pivotal.

With such initiative there would be a rise of awareness about cyber crime and building capacity for securing the CISOs and the frontline IT staff across all government departments. This first public-private partnership also includes a series of workshops to make people cognizant about the best practises and help officials with cyber security health toolkits to tackle cyber threats.

The NCIIPC was formed on 16th January 2014, it is a central government establishment which aims to protect critical information of the country, which has an enormous impact on national security, economic growth, our public healthcare. This establishment conducts cyber security exercises to keep a check of the cyber security postures and preparedness of the government and the critical sectors.

It was amended according to the provisions of section 70 A of the Information Technology Act 2000.

The critical sectors as identified by NCIIPC are:

With the changing world and changing digitalization the need for stringent measures has become critical. To take control and lead the team in a challenging situation it becomes extremely important the organisation is headed by a skilled security head as  Chief Information Security Officer – The Government of India has recently issued a written guideline for the CISOs of government organisation, highlighting the best practises for securing applications, infrastructure and compliance.

This bill was presented in 2019 and as of March 2020, it is being analysed by a Joint Parliamentary Committee in consultation with experts and stakeholders. Within Indian citizens, the most important part is the approval of personal data protection bill by the union government, in order to protect the Indian users from global breaches. This bill focuses on the storage and processing of any critical information related to individuals in India. The bill says that the sensitive personal data of an individual is required to be stored locally, however, it can be processed abroad subjected under certain conditions. The objectives of this bill also include making social media companies more accountable and push them to solve issues related to the spread of offensive content.

The central Government of India and the departments and critical sectors have formulated and implemented a crisis management plan which aims at establishing a strategic framework for employees and leaders to prepare for a breach incident and to ensure to manage the cyber interruptions of critical functions in every critical sector of the government. It also assists organisation, to effectively deal with cyber security crisis

A Cyber Swatchhta Kendra, Is established by the central Government of India which is a cleaning board used for malware analysis and detecting malicious programmes. It is special because it comes with the free tools to remove or omit malicious programmes. The government has also set up a Department to generate situational awareness about existing and potential cyber security threats which is known as the national cyber coordination centre, NCCC.

While cyber crimes are continuing to rise in number, such initiatives can provide the essential protective levers and help the citizens stay aware and legally covered in the times to come.