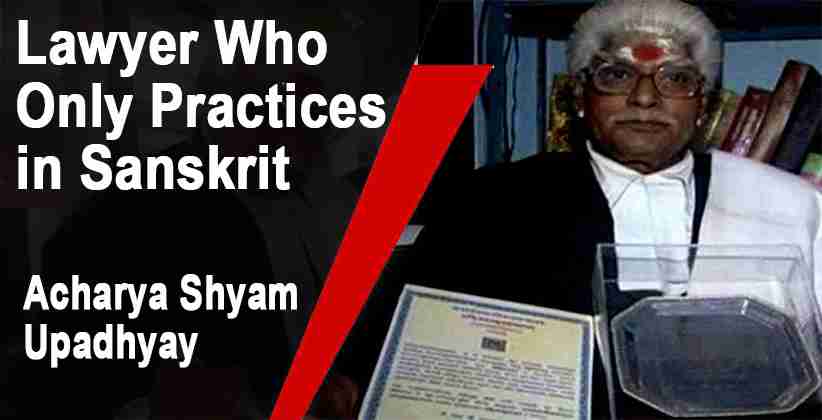 Legal Insiders Oct 01, 2020 Meghna Mishra ( Editor: Ekta Joshi ) 56 Shares
56 Shares
Varanasi based advocate Shyam Upadhyay Acharya is one of the most special lawyers in the country. Throughout the Indian courts, lawyers work in Hindi or English. In the 21st century, owing to the Western Impact, most lawyers opt for English. However, one lawyer in Varanasi chooses neither. With an experience of over 38 years, Acharya Upadhyay has been practicing only in the Sanskrit language. Each and every aspect of his work has been done in the Sanskrit language.

Also Read - Under Construction Bridge Falls Over People In Varanasi

This Varanasi lawyer writes his affidavits and other legal documents in Sanskrit. He also examines the court in Sanskrit. Shyam Upadhyay is an Acharya and a BA LLB in the Sanskrit language. He began his practice in 1978. From that date until today, he has done all his work in Sanskrit.  Acharya Shyam Upadhyay’s tells the story of his son’s attachment to this ancient Indian language. His father told the Acharya that the Indian courts do not use the Sanskrit language. This really upset him.Thus, in the 7th grade, Acharya Shyam took a vow that he would learn law to become a lawyer. Then, he would use the Sanskrit language in court. On receiving his BA LLB degree, he started all his work in Sanskrit. He is easily distinguishable in the traditional black coat with Tripund and Tilak. It is said that “the moment he starts making arguments in unbelievable fluent Sanskrit, people are left spellbound.” He is also known to explain his cases in Sanskrit. Hs usage of simple language can make everyone understand it.

“Not only this, he even explains cases to his client in Sanskrit only, in such an easy way that everyone can understand it. In fact, the judges too are moved by his persistence and passion and often render their judgment or ruling in either Sanskrit or Hindi.”

He was awarded the “Sanskrit Mitram” award in 2003 by the Human Resource and Development Ministry for his continuous and selfless service for promoting Sanskrit since 1978. Mr. Shyam Upadhyay Acharya is also the proud author of over 60 novels written in Sanskrit.

Under Construction Bridge Falls Over People In Varanasi 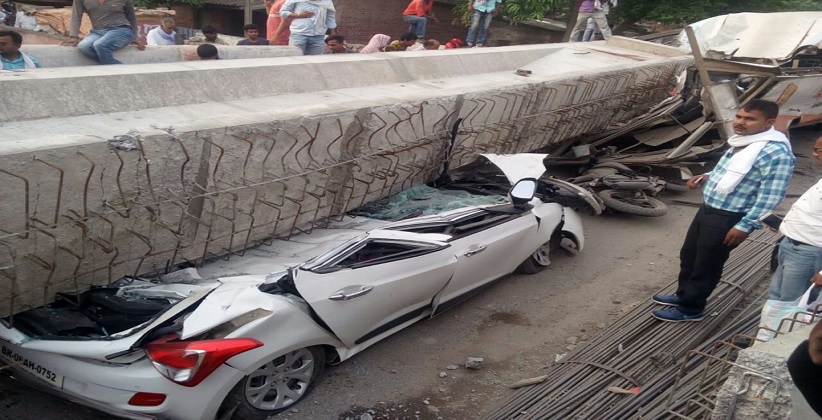 Executive May 16, 2018 Ailya Abbas 1 Shares
1 Share
In Varanasi, a shocking incident has shaken the city in which an under construction bridge collapsed near Varanasi Cantt railway station. Local police and NDRF teams reached the accident area to initiate the rescue operation for those who got stuck under the debris.As per the report, at least 18 people have lost their lives after being buried, and more than 50 people got trapped under the debris of fallen bridge. At least half dozen vehicles including a UP roadways bus also got trapped and...
Read full post