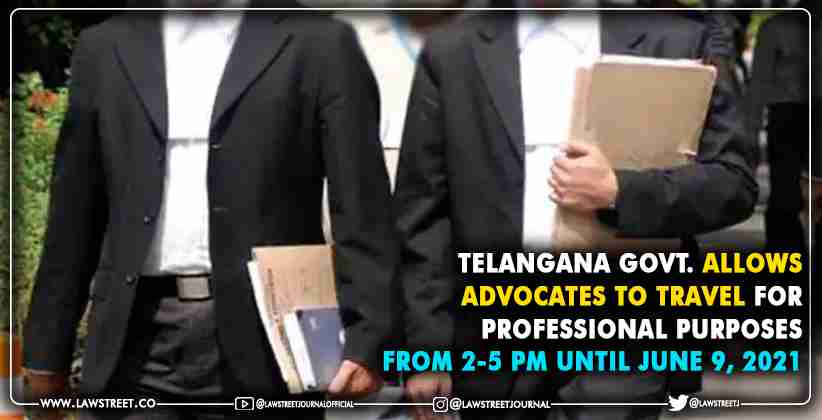 The Telangana government has announced an order addressing the movement of advocates within the state, addressed to the Director-General of Police, Hyderabad/Commissioner/Superintendents of Police in the state.

As per the order, the Advocates making an appearance in the Hon'ble High Court and other respective courts in the State of Telangana are hereby allowed to travel from their residence to their office and back on official business only between the hours of 2.00 PM and 5.00 PM, relying on the e-Pass issued by the concerned Commissioner(s) / Superintendent(s) of Police."

Furthermore, the Government has instructed that Advocates submit an application to the relevant Commissioner(s) / Superintendent of Police, under his authority, stating the Advocate's residential and office addresses.

Based on a comprehensive review of pandemic scenario with in state, the Telangana government decided to prolong the lockdown with several amendments across the state from 31st May to 9th June, 2021. It should be noted that the Advocate General informed the tribunal last week that required directives regarding the exemption of Advocates during Lockdown/Curfew would be issued in a day or two.

It should also be mentioned that the mobility is limited to travelling between the residence and the office during the specified hours and is valid until 9th June, 2021. In recent days, the Madhya Pradesh High Court dismissed a petition obtaining approval to relocate junior/associate advocates and routinely appointed clerks with advocate's offices during COVID-19 Lockdown last month.

P. S. Amalraj, Chairman of the Bar Council of Tamil Nadu and Puducherry, encouraged the Chief Secretary of Government of Tamil Nadu to give direction to police officers allowing lawyers reach to courts and offices during the recently unveiled lockdown in a letter sent to the State government last month. 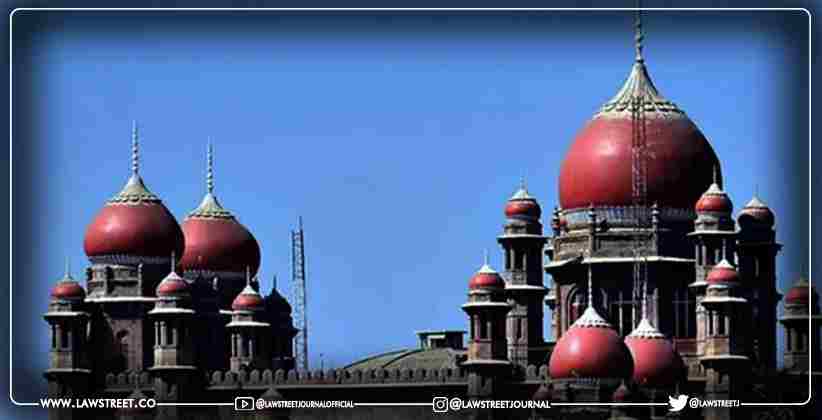 Legal Insiders Jun 15, 2021 Nancy Goyal ( Editor: Ekta Joshi ) 0 Shares
0 Shares
On Tuesday (June 1, 2021) Telangana High Court asked the state government to exempt lawyers and their clerks/typists from lockdown restrictions. It also cautioned that “if police officer found humiliating an advocate, will be dealt with seriously”.A Single Bench of Justice K. Lakshman discovered that Advocates, with the help of stenographers/typists, must draft and file writ petitions and bail petitions, etc.“It is also brought to the notice of this court that the courts below are...
Read full post 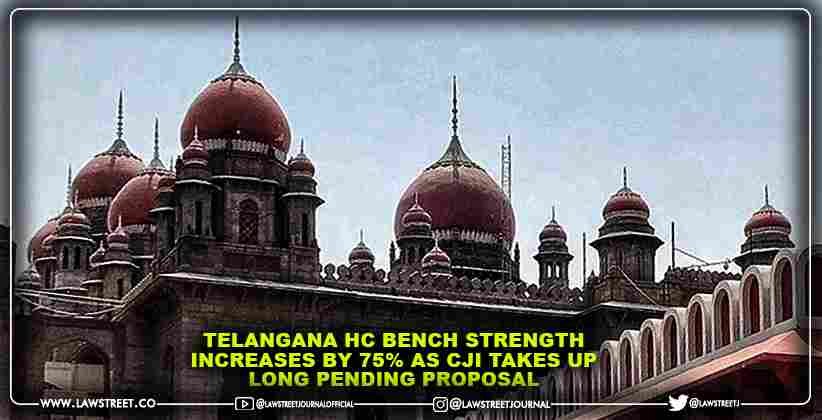 Legal Insiders Jun 14, 2021 Nargis Bano ( Editor: Ekta Joshi ) 0 Shares
0 Shares
The Telangana High Court will see one of the largest increases in judicial strength throughout the country in a long time after the Chief Justice of India N.V. Ramana gave his final approval to increase the Telangana High Courts strength by 75%.  Soon the Telangana high court s sanctioned bench strength will  increase  from 24-42.The court is set to have 42 judges. The total number of permanent judges will be 32 out of 42 , while the remaining ten will be Additional Judges. At 8,...
Read full post