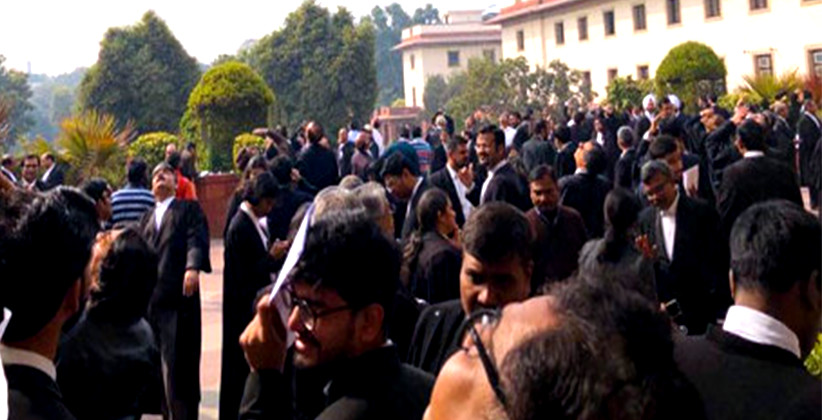 Legal Insiders Sep 10, 2019 Lawstreet News Network 1 Shares
1 Share
The Bar Council of Delhi through a notification dated August 26, 2019, has requested all the courts and tribunals in Delhi to prevent those Advocates from practicing before them, who have not cleared the All India Bar Examination (AIBE) since 2010.

In the notification, the Bar Council of Delhi states that 4,778 advocates who were provisionally enrolled have not been able to qualify the exam since 2010. Consequently, it has been requested that these advocates not be allowed to practice before the courts or to vote in any Bar election. The notification reads,

"This is to inform you that as per the record received from Bar Council of India (BCI), which is responsible for conduce of All India Bar Examination (AIBE), since 2010, a total number of 4,778 advocates provisionally enrolled, have failed to qualify the said examination, as per Bar Council of India (AIBE) Rules 2010. According to BCI Circular…dated 12.04.4012, on such failure to qualify AIBE, they cease to be advocates till they pass AIBE. Consequently, they are not entitled to practice or enjoy any benefits, including voting right in the Bar elections… You are, therefore, requested not to allow all such advocates to appear before the Hon’ble Court or to vote in any Bar election. " The list of such advocates has been sent to the Registrars General of the Supreme Court and the Delhi High Court, as well as to all Tribunals and District & Sessions Judges in the capital.

Judiciary Apr 19, 2021 Shreyas Nair ( Editor: Ekta Joshi ) 2 Shares
2 Shares
The Delhi High Court today allowed up to 50 people to offer namaz five times a day in Bangley Wali Masjid of Nizamuddin Markaz in Delhi, which has been closed since (March 23, 2020) last year due to several FIRs against a Tablighi Jamat congregation amid the Covid-19 pandemic due to the lack of any affidavit clarifying the Centre's and Delhi Police's positions on the issue as ordered by the court earlier.On a case brought by the Delhi Waqf Board requesting permission to hold prayers during...
Read full post