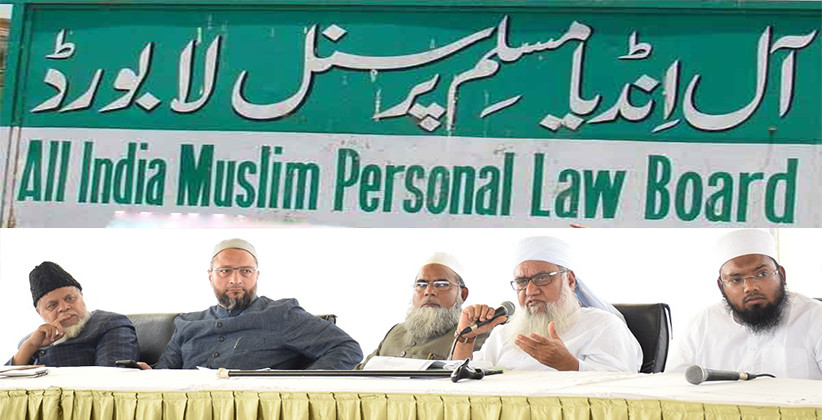 The AIMPLB or the All India Muslim Personal Law Board has announced today (November 27, 2019) that it has decided to go against the stand of the Sunni Central Waqf Board and file a Review Petition against the decision of the Supreme Court denying the Muslims any right over the disputed land in Ayodhya comprising of 2.77 acres, where the Babri Masjid once stood.

The Supreme Court on November 09, 2019, in the case of M Siddiq (D) Thr Lrs v. Mahant Suresh Das & Ors had pronounced a 1045 pages long judgment in the Ram Mandir-Babri Masjid case after a 40-day marathon of consecutive hearings and given a go-ahead to the construction of a temple dedicated to the birthplace of Lord Ram of the Hindus at the disputed site of 2.77 acres situated at Ayodhya.

A constitution bench comprising of the Chief Justice Ranjan Gogoi, Justice SA Bobde, Justice DY Chandrachud, Justice Ashok Bhushan and Justice S Abdul Nazeer had directed that 5 acres of land, out of the 67 acres acquired in an around the disputed area by the Central Government, be allotted to the Sunni Central Waqf Board for the construction of a mosque.

The Apex Court was hearing an appeal against the decision of a full bench of the Allahabad High Court dated September 30, 2010, declaring that the Hindu and Muslim parties were joint owners of the disputed premises. Even though it held that the suits filed by the Sunni Central Waqf Board and the Nirmohi Akhara were barred by limitation, they granted each party one-third share in the disputed property.

In this regard, the Supreme Court said that, “we have already concluded that the three-way bifurcation by the High Court was legally unsustainable. Even as a matter of maintaining public peace and tranquillity, the solution which commended itself to the High Court is not feasible. The disputed site admeasures all of 1500 square yards. Dividing the land will not subserve the interest of either of the parties or secure a lasting sense of peace and tranquillity.”

The history of events spanning over a period of almost seven long decades which marked the inception of the Ayodhya dispute began as early as 1856 when Hindu-Muslim riots broke out in the vicinity of the disputed structure. The Britishers built a six-feet wall dividing the premises into two parts - the outer courtyard to be used by the Hindus and the inner portion for the devotion of the Muslims. The outer courtyard comprised of two important structures of worship for the Hindus namely the Sita Rasoi and the Ram Chabutra.

In 1885, a suit was filed before the Sub-judge of Faizabad by a certain Mahant seeking permission to build a temple on the Ram Chabutra in the outer courtyard. The suit was dismissed noting a possibility of a breakout of communal violence owing to such construction as was proposed. Subsequent appeals against the decision in original the suit were also dismissed citing similar reasons.

In yet another development, in 1949, a group of approximately 50 people, broke into the inner courtyard and placed idols of Lord Ram beneath the central dome of the mosque. Thereafter, the entry of the general public was restricted to the outer portion of the wall.

While the entire collection of suits against the disputed property was still pending before the High Court of Allahabad which had passed an interim order maintaining the status quo, a mass breakout of violence took place on December 6, 1992 when a mob of around 20,000 kar sevaks demolished the Babri Masjid and constructed a makeshift structure of a temple beneath the central dome.

Thereafter in 1993, the Central Government acquired 68 acres of land including the disputed area, via the Ayodhya Acquisition Act which acquisition was held unconstitutional by a constitution bench of the Supreme Court in the case of Dr. M Ismail Faruqui v. Union of India (1994) 6 SCC 360. In this case the Central Government was appointed as a receiver for the maintenance of the status quo and was directed to hand over the disputed area in alignment with the outcome of the adjudication in the pending suits.

The proceedings in the High Court of Allahabad had commenced in 1996 and on October 23, 2002 the Archaeological Survey of India was given the task of conducting a scientific survey of the land by Ground Penetrating Technology. On August 22, 2003 the ASI submitted its final report which found debris of the mosque but no proof of demolition of a Ram Mandir which was allegedly demolished under the rule of Babur to build the Babri Masjid.

Despite conceding to the fact that the Muslims had a clear stake over the disputed land, the Supreme Court erred in giving away the entire land to the Hindus to avoid communal conflict post declaration of its decision. Therefore, the move of AIMPLB to undertake to challenge this decision comes as no shocker.