Delhi High Court issues notice in plea seeking the formation of committee to examine the quality of food, medical supplies, and other amenities provided on flights 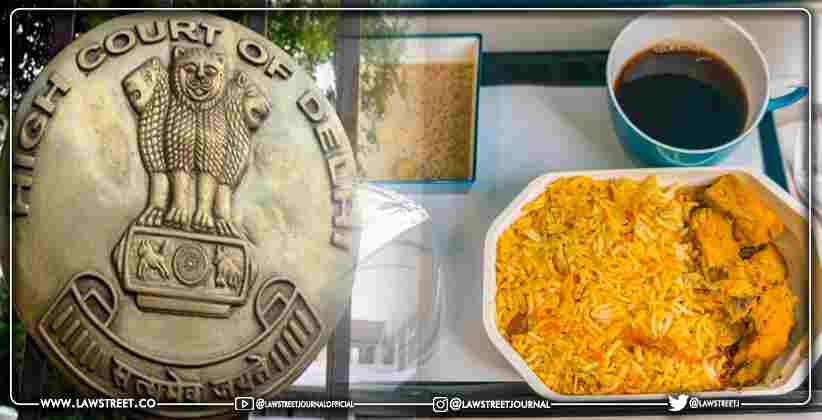 The Delhi High Court issued notice to the Ministry of Civil Aviation on (April 19, 2021), the Airport Authority of India, and Air India in response to a petition seeking directions to establish an Independent Committee to examine the standard and quantity of food, healthcare facilities to address immediate needs, and other facilities used by commuters during boarding and deboarding flights.

A single judge bench headed by Justice Pratibha Singh issued notice in a plea filed by an elderly couple flying to the United States in business class on an Air India flight in November last year, claiming that they were not supplied with adequate food and medical supplies despite only being served one meal during the 16-hour flight.

Air India owed a duty of care to its passengers' health and safety, according to the petition submitted by Advocate Nivedita, which was neither met nor accepted.

"Petitioners' are aggrieved by the fact that none of the Respondents have made available a responsive or functional grievance redressal mechanism for such complaints which risks the health and safety of passengers and had serious consequences to Petitioner’s health and their delicate position keeping in mind that Petitioners' are both senior citizens and Petitioner no. 1 has diabetes."The petition reads.

The petition also claims that Air India refused to comply with the Civil Aviation Requirements (CAR) for airworthiness and did not provide the appropriate number of first aid kits with medical supplies to deal with routine issues such as stomach discomfort, dehydration, and hypoglycaemia during the flight, claiming that the petitioners were dehydrated and exhausted as a result of the food poisoning.

The petition also mentions other amenities that are absent from the flight:

"That it is pertinent to mention here that besides food, the basic up keep and clearance of trash was also absent and my clients travelled in appealing unhygienic condition with un-cleared trash lying on the floor near till the end of flight, despite many requests to clear it that too in a pandemic scenario."

The petition includes the following requests:

- Pass a writ order or directive in the form of a writ of mandamus, ordering Respondents to create an independent commission or authority to check the standard and quantities of food to be served to passengers based on flight time, in order to prevent risking the lives of passengers who are showing signs of hunger.

- Issue a warrant, order, or direction of the form of a writ of mandamus ordering Respondents to ensure compliance with DGCA Civil Aviation Requirements for Air Worthiness Series X Part III relating to medical supplies in aircraft, effective as of 01.12.2010.

- Pass a writ order or direction of the form of a writ of mandamus ordering Respondents to ensure proper demarcation of facilities such as club carts and wheelchairs, escalators, and their availability to all passengers at the time of boarding and de-boarding.

- Issue a writ order or directive in the form of a mandamus, ordering Respondents to provide a sensitive/functional dispute redressal process on board as well as online with a responsive helpline number.

- Pass a writ, order, or direction of the context of a writ of mandamus, ordering the respondent no.3 to reimburse the fare in the amount of Rs.2,25,000/- as punishment for obtaining a booking by false representation, a breach of Article 21 of the Constitution's fundamental right to life.