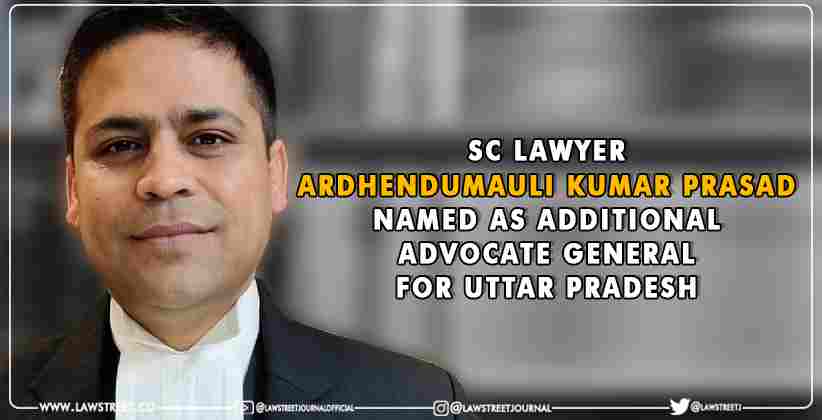 Renowned Supreme Court lawyer, Advocate Ardhendumauli Kumar Prasad, has been appointed as the Additional Advocate General (AAG) for the State of Uttar Pradesh. In addition to him, Ravendra Kumar and Ajay Aggarwal have also been appointed as AAGs, as confirmed via an official email notification.

Advocate Ardhendumauli Kumar Prasad is an Advocate-on-Record (AOR) at the Supreme Court of India and has served as Standing Counsel at the National Green Tribunal (NGT). He took to law at an early age by following in the footsteps of his father, who was also ad advocate by profession.

He learned much about advocacy under the eminent guidance of Shri Soli Sorabjee and has appeared in several landmark cases before the Supreme Court to date.

As an Additional Advocate General, Advocate Ardhendumauli Kumar Prasad will give advice to the Government of Uttar Pradesh upon legal matters and will perform other duties as referred or assigned to him by the Governor - Anandiben Patel.