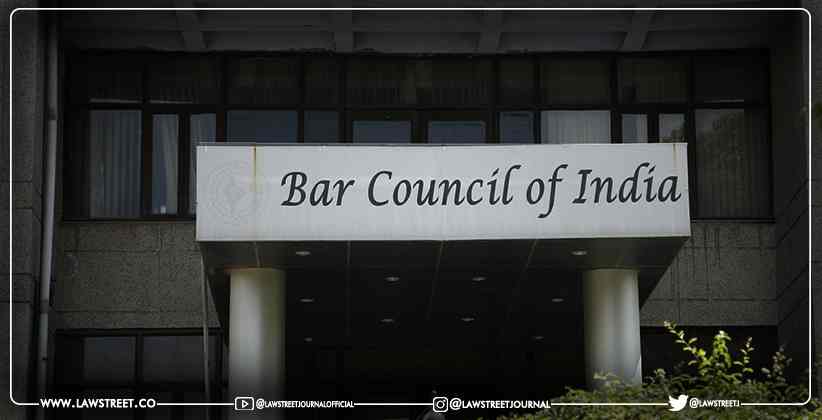 Taking note of increasing incidents of attacks on Advocates, the BCI (Bar Council of India) has decided to constitute a 7 Member Committee for framing a draft of "Advocates Protection Bill” to ensure adequate protection to members of the legal fraternity so that they can carry on their duties as officers of the court, fearlessly without having to worry about their and their family's safety.

The BCI stated that,

"Such Act must be passed by the Parliament at the earliest as the Advocates fraternity is acting as one of the essential wings of the justice delivery system akin to the Police and the Judiciary and while the police and judiciary have access to protection and privileges, but, the most important link between the two who argue and present the cases/matters in courts is/are not given proper protection against the nefarious activity of anti-social elements."

The Council has nominated the following members to be part of the Committee:

The General Council of the Bar Council of India, in its meeting held on 10.06.2021 has discussed the frequent and often violent physical attacks on members of the Advocates fraternity in several parts of the country and has decided to constitute a 7 Member Committee to draft the Advocates’ Protection Bill.

The council discussed an incident where a Jaipur lawyer, namely Advocate Shri Ram Sharma, and his wife were attacked physically, causing them several injuries.

The council further discussed the heinous and barbaric incident of daylight murder of Advocate Couple (Gattu Vaman Rao and his wife P. V. Nagamani) in Telangana.

The Council has also mentioned that the Karnataka Advocate had filed a PIL against custodial death in the police station and some other cases against some leaders of the ruling party in Telangana and the horrific incident took us back to the days of anarchy and lawlessness and goonda raj.

Taking note of severe threat and attack on the Independence of the Bar, the bar council of India stated that,

“It was discussed and deliberated with anguish that it is extremely distressing to see that while it is the Advocates fraternity that provides justice to the citizens of the country; and for this reason, they have to file and argue cases most of the time against the dreaded anti-social elements and criminals, but the Advocates are themselves left without even bare minimum adequate protection against such elements. As a result of such cases, Advocates are often at the receiving end/target of such criminal and anti-social elements.”

The council also stated it is high time when State and Centre government should take up the issues with all sincerity "failing which the Advocates of the country would have to take recourse of a countrywide agitation."