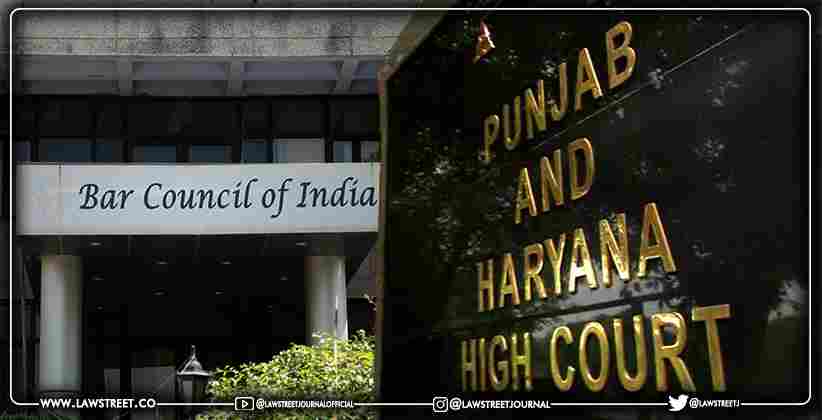 On June 16,2021, the Bar Council of India has decided to withdraw its appeal against the order of Punjab and Haryana High Court setting aside the three-year moratorium imposed by the Council in August 2019, on the opening of new law colleges.

The Bar Council of India resolved to appoint a committee to consider the drafting of rules for a moratorium.

The Council has also resolved to undertake surprise visits of Colleges/Centers of Legal Education which, is currently not possible till the pandemic is over as mostly all educational institutions are closed.

Further, BCI said that it had been observed that State Governments often issue a “No Objection Certificate” for the opening of Law colleges without consideration of the demand of a particular area or population of the area. Then, the University with which the College applies for affiliation, gives affiliation to the college to run a specific law degree course. Thereafter, at the third stage, the matter goes to the BCI to decide whether to grant or decline the approval of the affiliation already granted by the university.

The moratorium is aside by the Punjab and Haryana High Court in December 2020 as ultra vires the Indian Constitution.

As BCI has decided not to demand further moratorium, it has requested the State Government to be very diligent while granting NOC and asked them to consider the population ratio and need for a Legal Education Centre at the designated place before giving NOC.

BCI also requested the state government to fill up the vaccines of teachers within 3 months. It is specified that new Law Teachers would be needed to acquire proper training, and then only they would be permitted to teach in any Centre’s of Legal Education.

BCI in its press note stated that,

In 80 percent of Government Institutions, more than 50 percent of seats of teachers are vacant. The State Governments are not showing any interest in filling up the vacancies. This is a matter of serious concern,”

Furthermore, BCI requested the universities to conduct proper inspection and scrutiny of the Institutions meticulously, and, only then give them, affiliation.

The Bar Council of India is not going to compromise with the norm of Legal Education and the Universities are advised to affiliate Law Colleges only with better infrastructure to compete with international standards. Mushrooming of Law Colleges has to be stopped at any costs.