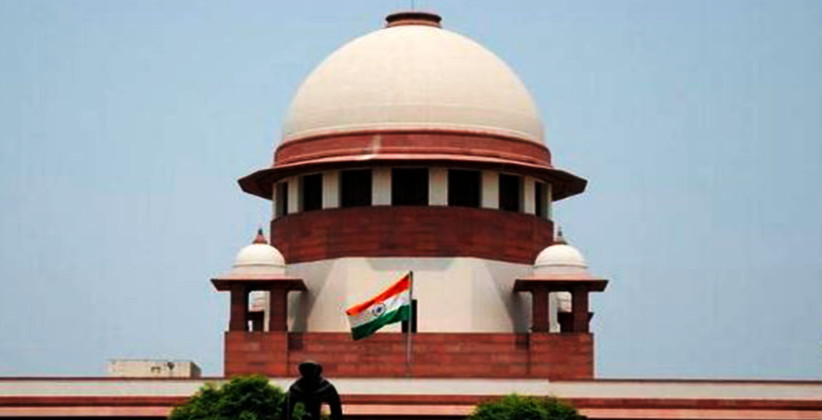 Police on May 7, 2019, imposed Section 144 outside the Supreme Court after a group of lawyers and women activists gathered outside the court premises to protest against the clearance given to Chief Justice of India Ranjan Gogoi by the in-house panel.

Soon after the protest started in the morning, the police reached the spot and tried to disperse the gathering, however, things started going out of control and some journalists who went to cover the proceedings were detained by police personnel.

As of now, most of the protestors detained have been and put in a police vehicle. Security has also been increased outside the top court’s premises.

Several activists and a group of lawyers were protesting against the procedure adopted by the three-judge panel comprising of JusticesS.A. Bobde, Indu Malhotra, and Indira Banerjee.

On May 6, 2019, the panel had cleared CJI Ranjan Gogoi’s name concluding that there is no substance in the allegations of the former employee of the Supreme Court.

Annie Raja, National Federation of India Women, General Secretary, speaking to India Today TV said that the protest was being held to question the method adopted by the in-house investigation panel which gave a clean chit to Ranjan Gogoi.

She said the activists want a fair trial for the ex-Supreme court staffer who had earlier accused the CJI of sexually harassing her.

Hours later, the three-Judge panel gave clean chit to CJI RanjanGogoi, the woman complainant in a press release said that she was ‘highly disappointed and dejected’.

"Today, my worst fears have come true, and all hopes of justice and redress from the highest court of the land have been shattered,” she said.