Delhi Assembly is Well Within its Authority to Constitute a Committee to Look into Peace and Harmony of the National Capital: Senior Counsel Singhvi on behalf of the Delhi Assembly Panel in SC 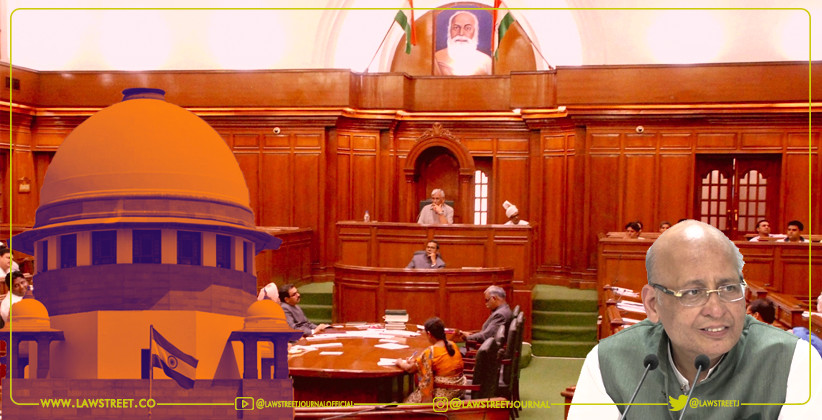 The summons were issued to Mr. Mohan in September 2020 while the Delhi Assembly Committee for Peace and Harmony was probing the alleged laxity of the social media giant to contain the spread of hate speech, which spurred the communal violence that took place in February of 2020, on its platform.  While the petitioner did not respond to the first summons the House panel issued a second summons with the warning that non-compliance will be seen as a breach of privilege of the House. This made the petitioner approach the court seeking exemption from attempting house proceedings.

In the earlier hearing of the petition Adv. Harish Salve, appearing for the petitioner, has questioned the competence of the Delhi Assembly to form a panel whose object falls under the Union’s control. Salve contended that the Panel was dealing with the subject matter of 'Law and Order' thus the question of privileges does not arise in the case.

Dr L. M. Singhvi on 4 February 2021 appearing before the court argued that the matter is not related to privileges but the competence of the House. If the House has the necessary competence then privileges will follow. Emphasising on entry 39 of the State List of the Seventh Schedule of the Constitution that talks about the powers of State Legislature to form committees and enforcement of attendance of persons and reading it with the provisions of the Government of National Capital Territory of Delhi Act, 1991, Singhvi argued that the Delhi Legislature has the power to form committees for any matter which is otherwise not excluded under Article 239AA of the Constitution. It was also submitted that the constitution of the committee can be justified by several entries in the lists 2 and 3 of the Seventh Schedule of the Constitution. It was argued that Peace and Harmony was a matter related to the good governance of the state so the Assembly was within its rights to form the committee. Reference was also made to the judgement in Kalpana Mehta & Ors. v. Union of India (2018) where the relevance of Parliamentary and State Assembly committee to aid the democratic process was observed.

The court also agreed that the fundamental issue involved was about the competence of the Assembly to form such a committee rather than the breach of privilege as the house has not instituted any proceedings on that front.

It was said to the court that the petition was a mere pre-emptive step taken by the petitioner when he was just asked to be present before the Assembly panel.  The court also observed that the earlier two summonses have now been replaced by a new one which requires only any responsible person from the firm to appear before the panel. The matter was adjourned for next hearing on 9/2/2021.