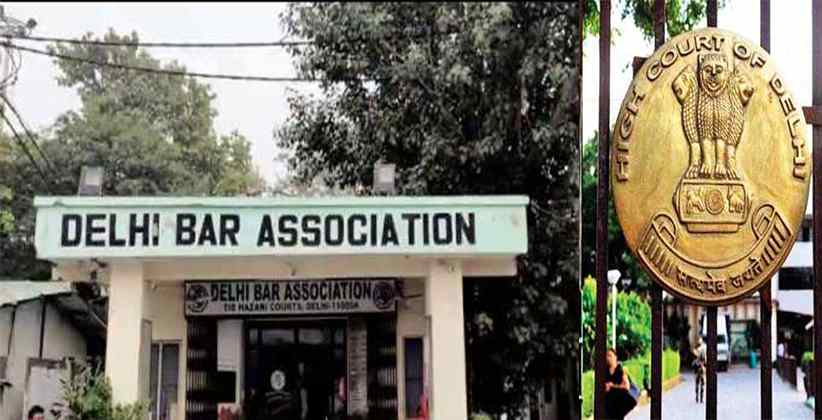 In a recent shift of events, the Delhi High Court Bar Association has written to the Chief Justice of the Delhi High Court asking for the movement of Bar members residing outside state borders into the National Capital, to aid them in carrying out their respective and pending work.

In the second phase of the lockdown the government has regulated and allowed certain movements but the movement across the border is still being strictly monitored and controlled. The Chairman of the Bar had stated that many advocates who do not reside in Delhi should be allowed since most of the practicing fraternity resides in the NCR region i.e. Noida, Gurugram, and Faridabad, etc.

Further, the Chairman urged that to facilitate smooth hearings amid the lockdown and to ensure that justice is secured and delivered these advocates must be allowed to travel and be permitted with passes. He stated that the Delhi Police Officers were also facing this issue previously and their entry was similarly permitted through passes.

To ensure fair trial and proper administration of justice it is important to note and foresee the difficulties faced by the lawyers and therefore this problem requires an amicable solution in their best interest. In line with this, Chairman requested the High Court to issue and regulate directions to the Delhi Police to allow advocates residing near the vicinity of the city to travel and work in coordination with State Police of UP and Haryana.

The notice issued to the Delhi High Court also stated that many members of the Bar Association do not have adequate resources at home to access their work files and records. They further do not have proper video conferencing facilities, books, and commentaries at their residences to effectively work and participate in the daily hearings being held by the Hon’ble Courts. The bar further added that is if the advocates can travel as requested, the Association can start issuing valid identity cards annexed by the court of law so that no one misuses the advantage.