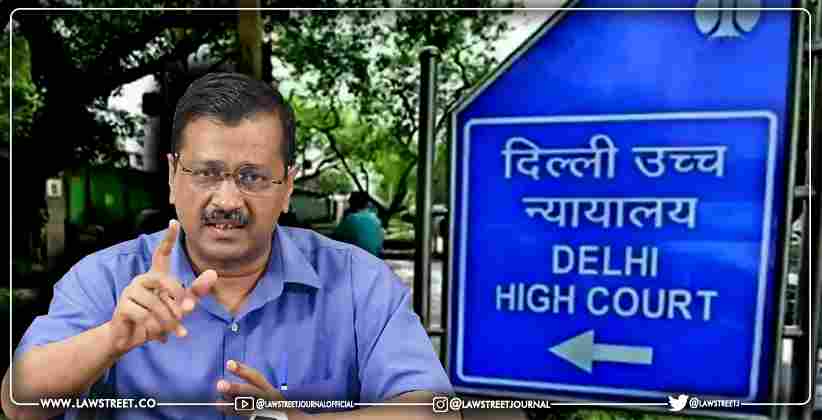 On Monday (12/07/2021, the Delhi High Court ruled that the Delhi government's Chief Minister Advocates’ Welfare Scheme must be extended to all lawyers registered with the Bar Council of Delhi (BCD) irrespective of whether their place of residence is in Delhi or the surrounding National Capital Region (NCR). (Govind Swaroop Chaturvedi and ors v. State of NCT of Delhi and ors, Bar Council of Delhi v. Govt NCT of Delhi and ors).

The order has been passed by Justice Prathiba Singh in a petition filed by the Bar Council of Delhi.

In November last year, Chief Minister of Delhi, Arvind Kejriwal had announced that a 13-member committee of lawyers would be set up to make recommendations on the utilization of the Rs. 50 crore earmarked for the Advocates Welfare Fund by the Aam Aadmi Party (AAP) government.

In December 2019, the Advocates Committee set up under the convenership of the then-Supreme Court Bar Association (SCBA) President, Rakesh Khanna proposed rolling out Group (Term) Insurance, Group Medi-Claim, e-library and creche for advocates in Delhi towards the utilization of the Chief Minister’s Advocates Welfare Scheme.

The scheme was approved by the Delhi government earlier this year. The scheme provides several benefits to Delhi lawyers, including Group (Term) Insurance, Group Medi-Claim, e-library, and creche for advocates in Delhi.

In March 2021, the present petition to extend this scheme to lawyers residing in NCR, but practicing in Delhi, was filed.

Advocate Govind Swaroop Chaturvedi, one of the petitioners, said he is enrolled with the BCD, has the membership of the Delhi High Court Bar Association, practises in the courts here, but does not reside in the national capital now and claimed that the notification is discriminatory, illegal and unreasonable.

The pleas said that the discrimination on the basis of names on the voters' list in Delhi is not based on any reasonableness.

"Primacy is to be given to the place of practice of a lawyer and not the place of residence. Not all can afford to live in the national capital even if they practice here," it noted.

The Court also said that lawyers residing in NCR but practising in Delhi play a role in dispensation of justice here.

The pleas have sought to quash or modify the government's March 17 notification to the extent of deleting the eligibility condition on the basis of names on the voters' list of Delhi, for extending the welfare benefits

In October last year, the court had asked the Delhi government to purchase insurance policies from LIC and New india Assurance Company (NIAC)before November 30, for around 29,000 Delhi lawyers under the Scheme.

"In view of the above figures having now been finalised with the companies, the Delhi Government shall now proceed to purchase the insurance policies from LIC for 28,744 members and from NIAC for 29,077 lawyers who are members of the Bar Council of Delhi (BCD), whose names already stand verified. The purchase of the policies shall be effected on or before November 30,” the court said.

The total budgetary allocation in the scheme is Rs 50 crores.