An intervention application in the High Court has been moved by Gujarat High Court Advocates Association, seeking directions to the Government of Gujarat to frame proper guidelines, that the effect of the pandemic can be relieved on citizens by warranting a rational government action.

It has requested framing of proper guidelines and making sure that public resources are available to all sections of society is of paramount importance at this juncture of the COVID-19 situation.

Advocate Rakesh H. Parekh has pleaded that- “The applicant states that the need to intervene and assist this on Honourable court is to further public interest in as much as thousands of people are suffering due to the pandemic in inequitable distribution of public resources. It is now beyond doubt that existing resources and infrastructure available both publicly and privately, are unable to cope up with the spread of COVID-19 and therefore it is at most necessary, not proper guidelines are framed so that public resources are also available to all sections of society. It is also becoming clear that more of the same approach of curbing and managing the spread is not going to work this time around.”

Referring that professor Indirani Banerjee, unfortunately, lost her life as she was denied admission merely because she came in a private vehicle and not the EMRI ambulance signals the “lack of vision and reasoning in government action”

It was also stated that it was intolerable for the rules to be rigid to the extent that the patient is denied medical treatment and thus loses life and that such rigid rules demonstrate a lack of vision and rational thinking by the Gujarat government.

The plea stated, that for spreading information on urgent basis a portal should be created by the Gujarat Government, to give out accurate information on real-time basis about hospitals and stock of medicine and resources including stock of oxygen for treating COVID-19 patients available with them for every district.

Light was drawn on the fact that a portal that gives information on a real-time basis should be adopted over a portal that is not accurate and shows information that is old and not up to the mark, and that the state government should use video call facility in public hospitals to cater a greater number of patients.

It was submitted that at various instances doctors were seen charging exorbitant prices for treatment, and therefore during the pandemic, a limit to the fees charged by doctors and hospitals would lend teeth in assuaging the citizens.

It is also suggested that a protocol should be made wherein rapid or antigen tests should be conducted and patients should be advised to go for RT PCR test only if the case suggests so.

It was also highlighted that promises like schools, halls etc. can be used as isolation wards with basic amenities so that patients with no basic infrastructure for them can isolate themselves at such places.

Finally, it was pleaded that suitable directions may be issued so as to formulate effective guidelines to cease the spread of this fatal pandemic. 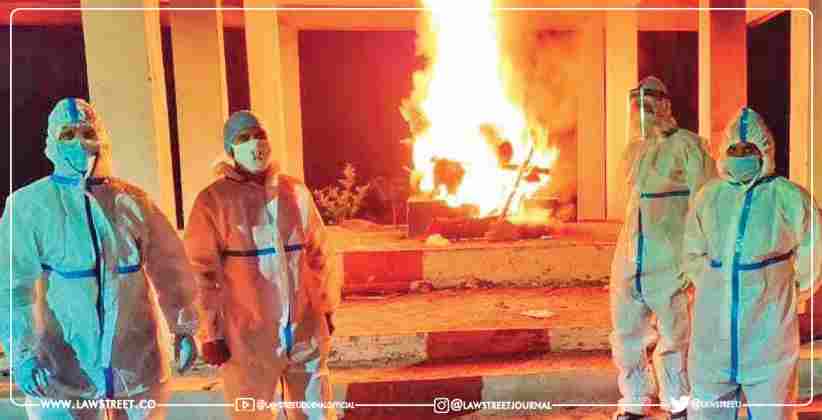 Judiciary Nov 22, 2021 Lawstreet News Network ( ) 12 Shares
12 Shares
Supreme Court bench led by Justice MR Shah to hear Gujarat Govt in the Covid Death Compensation case. SC had rapped the state for "overreaching directions" by constituting Scrutiny Committee to compensate COVID DeathsSolicitor General Tushar Mehta: Let me propose a solutionJustice Shah: we don't want to know the reason why or how something has not been doneSG: Please have it on FridayJustice Shah: now they have come out with a list of documents to be submitted to scrutiny committee. what are...
Read full post