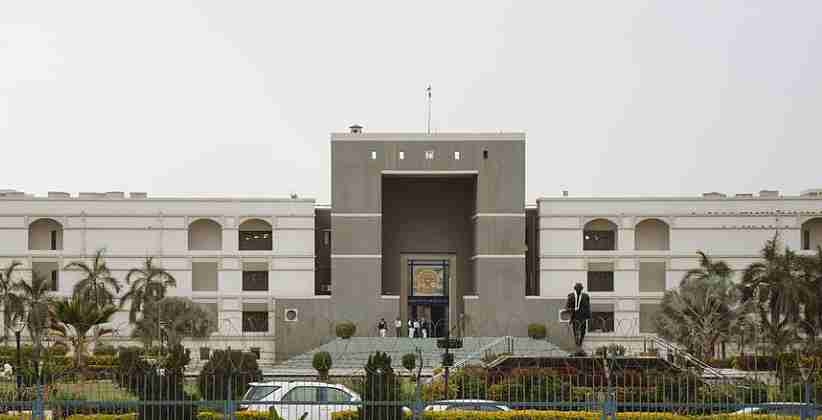 Legal Insiders Oct 06, 2020 RHEA BANERJEE ( Editor: Ekta Joshi ) 5 Shares
5 Shares
The Gujarat High Court on 2nd October 2020 Friday launched E-writ Module to send the digitally signed copies of Bail orders from High Court to the District Courts. On commendation of the Judges of the ICT & e-governance Committee of the High Court, a new module to make accessible digitally signed bail orders of the High Court to the concerned District Courts across the State was launched on the occasion of Mahatma Gandhi Jayanti by the Chief Justice Vikram Nath.

The press release mentions, “This new module called the E-writ Module has been developed in-house by the IT Cell of the High Court, having the workflow of uploading, verifying and approving digitally signed bail orders of the High Court in PDF, which upon e-dispatch through this module. Automatically shows up to the concerned District Court through their access to the E-writ system for onward processing of the same.”

In order to ensure the authenticity and accuracy of the concerned order, the bail order is digitally signed at three-tiered levels in the respective judicial department of the High Court.  Role of District Court  The concerned District Court, after the necessary procedure of acceptance of the surety person, and etc, as per the Bail Order of the High Court, would upload the copy of communication and send it to the respective Jail which will now be accessible by the Jail authorities through the E-writ module for the purpose of the cross-checking with the Jail Yadi received form the concerned Court.  Advantages of E-writ module (for a litigant) Apart from this major launch of the E-writ Module by the Gujarat High Court, the High Court of Gujarat also decided to begin the publication of some selected High Court orders/ Judgments in the Gujarati language on the official website of Gujarat High Court. The Press Release with this respect reads,

Thus, the Gujarat High Court has been taking up initiatives to mitigate the issue of inmates as well as serve justice in various ways possible amidst the corona times by adopting the online means.    [READ PRESS RELEASE]