Home Legal Insiders "It is in the Hands of Collegium to Ensure Chief Justices Have Sufficient Tenure of 3-4 Yrs": AG KK Venugopal
Legal Insiders

"It is in the Hands of Collegium to Ensure Chief Justices Have Sufficient Tenure of 3-4 Yrs": AG KK Venugopal 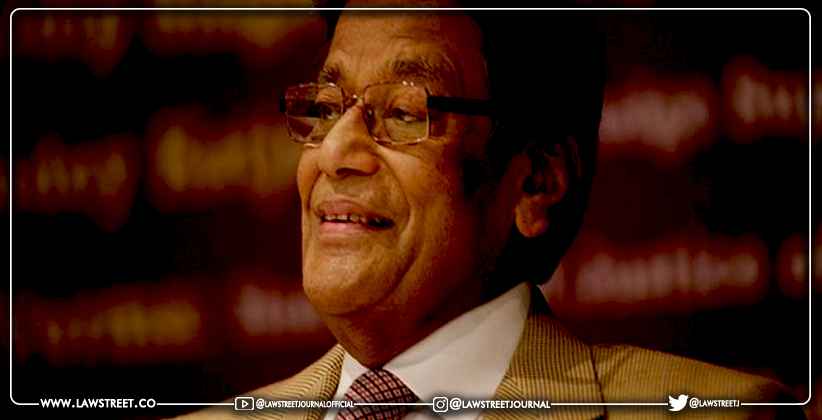 Attorney General KK Venugopal reiterated on Friday (April 23, 2021) that the retirement age for judges in the higher judiciary should be raised from 65 to 75 years, and that Chief Justices of India should be appointed for a fixed term of 3 to 4 years.

The AG, speaking at the SCBA's virtual farewell event for all outgoing Chief Justice of India S. A. Bobde, said,

"It is always a very sad day when the CJI retires. You get a CJ and before you have spent enough time, he disappears and you get a new CJ. I have been suggesting the Chief Justices should have a term of 3 to 4 years. Justice YV Chandrachud had a long tenure of seven years and even Justice PN Bhagwati was there for six years."

"The period has come to be cut down now… I don't know why. It is in the hands of the collegium. Because when they appoint one to the bench, they know if he/she shall be the CJI or not. If the person is around only for a few months, we lose some very, very good Chief Justices, like Justice Bobde who had a short tenure", continued the AG.

"Also, the retirement age of judges should be extended from the present 65. It should be 75. We can't waste these remaining years", he opined.

The AG expressed disappointment that the outgoing CJI could not be invited by the Chief Justices of other nations, such as England and the United States, due to the current Covid crisis, and that he did not have the opportunity to project India abroad or engage in an exchange of ideas.

"But Justice Bobde rose to the occasion when the Covid crisis came, and though we were not trained, we had no experience, he straightaway stopped the physical hearings. Every day, we hear of one or the other lawyer getting hit by Covid. Just now there is a report that an advocate is searching for a bed. Another advocate was wandering from hospital to hospital in Noida the other day. The Chief Justice ensured the protection of the lawyers, he ensured that they are kept safe to the best of his ability by stopping physical hearings and resorting to video conferencing", said the AG.

He said that virtual hearings had been working well to a large degree, and he hoped that CJI-designate Justice NV Ramana would now "get rid of the 'Vidyo' app" that had been "causing a lot of trouble."

"Justice Bobde pronounced some judgments of great momentum. When the COVID pandemic had begun, he said that there must be no overcrowding of prisoners in jail and they be released on probation if they are not accused of any serious crime. He ensured that mid-day meals are restored even though the schools are no longer functioning. This goes to show his large-heartedness. He took up the cause of the proper and dignified disposal of the dead bodies of persons who had succumbed to Covid. These are tough issues and they came straight from the heart",the AG states while hailing Justice Bobde.

The AG praised Justice Bobde in particular for two recent decisions, one on ad hoc judges and the other on rules for the appointment of High Court judges, which he said would have a significant effect on justice delivery. "No one had used Article 224A, because it had been reduced to a dead letter." The decision to appoint ad hoc judges would help to reduce the massive backlog of unpaid arrears... In the High Courts, there are 40% vacancies. For the first time, anyone took control. The protocol for making recommendations now includes time limits, which were not used in the MoP," he added.

In his turn, Justice Ramanna voiced the grim truth that "these are testing times, that the country is battling the severest Covid wave".

"Lawyers, the court staff, judges-have all been affected. This virus makes no distinction ", he said while adding,  "At the person level, we will all help prevent the virus by diligently following the 3 'W's – wear a mask, wash your face, and watch the gap."

He noted that strict steps must be in place to stop the pandemic. He advised people not to leave the house unless it was absolutely necessary.

"These are difficult times but we must not lose heart. It is the hard times that compel us to emerge stronger than ever," he asserted.

Senior Advocate V. Shekhar Passes Away Due to COVID