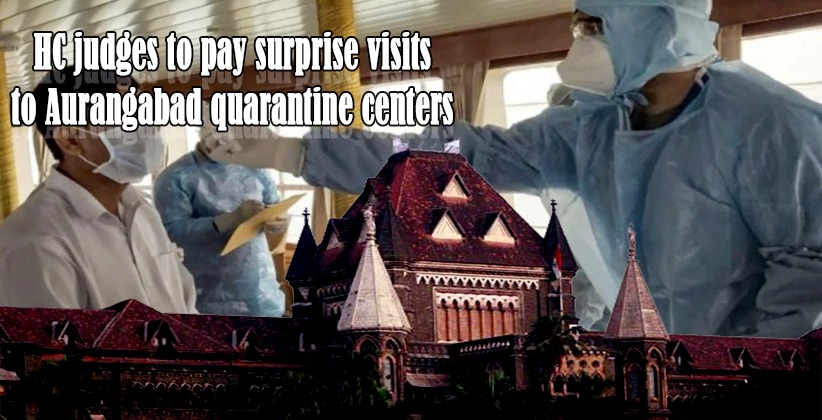 Legal Insiders Jul 09, 2020 Shreedhara Purohit ( Editor: Ekta Joshi ) 1 Shares
1 Share
Expressing dissatisfaction over lack of coordination between authorities and concerned over the ‘alarming situation’ in the district, Aurangabad bench of the Bombay High Court, in a significant order said it may visit COVID-19 quarantine facilities and hospitals to see whether discipline was being maintained. It further said the bench may give directions to register a case against those not discharging their duties regardless of their ranks.

The court said that if they found public servants shirking their responsibilities, they would issue directions for registering criminal complaints against such officials. They would also seek details of negligent officials from the Aurangabad civic administration. A division bench of Justices Tanaji V Nalawade and Shrikant D Kulkarni made the observations on July 3 while hearing, through videoconference, a suomotu public interest litigation indicating concerns over administrative decisions to contain COVID-19 in Aurangabad region. The court had also referred to reports related to COVID-19 deaths at the civil hospital in Jalgaon among others.

Also Read - Why are Sanitizers And N-95 Masks Excluded From List Of Essential Commodities?: Karnataka HC to Center

Earlier, on June 26, the High Court took suomotu cognizance of news reports related to a spike in Covid-19 cases in Aurangabad and filed the plea through its registry and appointed senior advocate Rajendra S Deshmukh as Amicus Curiae to assist the bench with the PIL. The court had observed a lack of coordination and non-cooperation among various authorities of the Aurangabad region and had said that all of them, including the police machinery, need to work together. The bench had said that while most of the health staff at public health centers are working with ‘devotion’ and have sacrificed lives of their families, “a few public servants are not working diligently”. On July 3, public prosecutor D R Kale told the court that action was being taken against public servants and submitted a compilation of details as sought by the court. Rajendra S Deshmukh, also submitted that there was still no discipline among public servants and many in the COVID-19 control program were absent on duty.  Noting that such ‘unfortunate’ incidents were happening despite its directions, the court said that such persons were required to be suspended immediately and criminal action needed to be taken against them. “It can be said that in our country, only poor and middle-class persons are sufferers and they suffer when there is such calamity. They have no other alternative than to go to public institutions for treatment, help, and protection. This circumstance needs to be kept in mind by these officers,” the HC observed. The bench, led by Justice Nalawade, said, “We have expressed that this court may visit the sites to see that there is a discipline in the staff employed. That they are discharging their duties seriously and there are no lapses whatsoever. The visit will be paid as a surprise visit to the hospitals, to the quarantine institutions, and even to the isolation wards and the containment zones.” It went on to warn the “errant” officials. “This court is making it clear that if it is found that the persons who are expected to discharge the duty are not present on the spot and due to that the spread of the virus is going on, this court will be giving directions specifically in respect of those persons to register the crime against those persons immediately and those persons may be of any rank.” In light of these observations, the court said that it would pay surprise visits to hospitals, quarantine, and COVID-19 care centers and containment zones. It said that if it finds that staff negligence is leading to the spread of the virus, criminal action will be taken against the errant public servant or staffer, no matter their rank. “This court will not be sparing anyone if such lapses are found,” the bench said, posting the hearing for July 7. 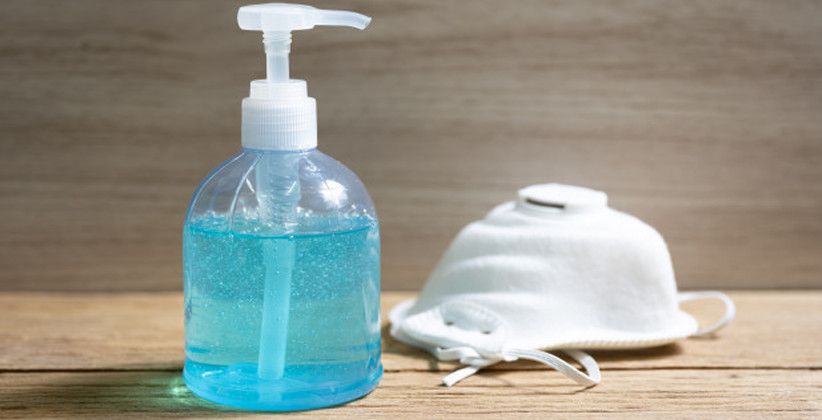 Judiciary Aug 08, 2020 Bakul ( Editor: Ekta Joshi ) 6 Shares
6 Shares
In March 2020, masks and hand sanitizers were listed as essentials commodities after a sudden spike in the demand and prices of these products owing to the spread of coronavirus. However, on 1st July 2020 the Ministry of Consumer Affairs, food, and public distribution release an official memorandum in which N-95 masks and hand sanitizers were removed from the list of essential commodities.Upon being questioned, the Ministry said that the decision was taken after feedback was collected from all...
Read full post