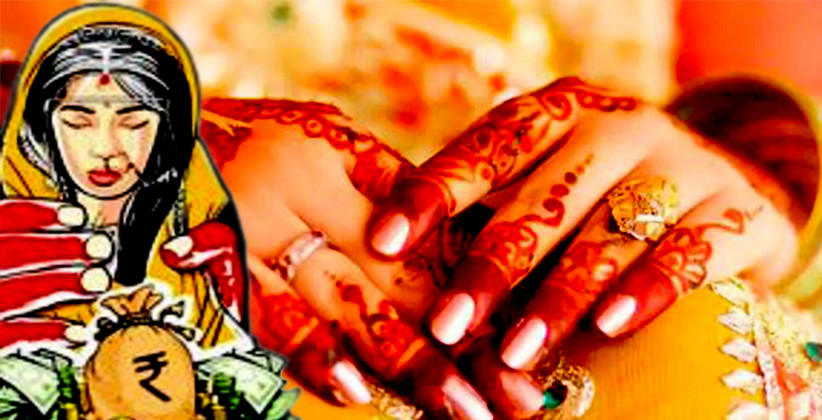 Legal Insiders Aug 01, 2019 Lawstreet News Network 1 Shares
1 Share
The wife of a civil court judge in Baramati has written to the Chief Justice of the Bombay High Court complaining that her husband and in-laws were “harassing” her.

After receiving the letter on July 29, 2019, Chief Justice Pradeep Nandrajog forwarded it to the registry of the High Court for preliminary inquiry. In the four-page letter, written in Marathi, the 37-year-old woman alleged that her husband and in-laws began harassing her for dowry soon after her marriage on May 8, 2007. Her family, she said, gave her in-laws ₹5 lakh besides furniture, and took care of all the wedding expenses. Despite that, her husband and his family demanded a car and 30 acres of agricultural land.

After her father’s death on September 1, 2008, her husband and in-laws started demanding that her father’s land be transferred in her husband’s name, the letter said. When she refused to do so, she was allegedly thrown out of her marital home by her in-laws. The letter said that after she informed the Akola Police and the principal district judge, a complaint was lodged against her husband and in-laws. However, the police failed to take any action and only asked her to leave the husband and live with her mother. In 2012, a sessions court in Akola district had granted ad-interim anticipatory bail to Badrinarayan Arbad, the judge in question, in the case filed by the woman alleging physical and mental torture. The judge was charged with offences under Sections 498 A, 323, 504 and 506 of the Indian Penal Code, 1860. In September 2012, the husband judge filed a divorce plea at a family court in Akola, in which case the complainant sought maintenance from him. The family court, in 2016, ordered the husband judge to pay Rs. 10,000 maintenance, as per the letter. “I have received Rs. two lakhs as maintenance so far. However, the judge is delaying rest of the amount and I have filed an execution appeal, which is pending before the court,” the letter said. The woman has requested the Chief Justice of Bombay High Court to intervene in the matter and take necessary action against the judge for his alleged conduct. [Read Letter] 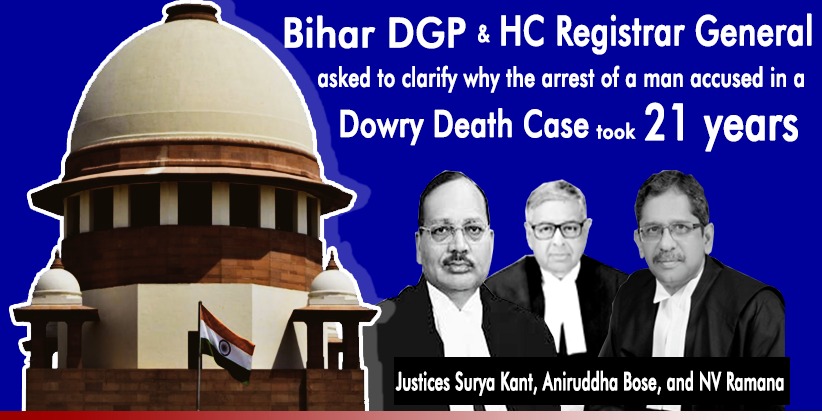 Crime, Police And Law Oct 20, 2020 Atharwa Gauraha ( Editor: Ekta Joshi ) 3 Shares
3 Shares
The Supreme Court asked the Director-General of the Police, Bihar, and the Registrar-General of the High Court of Patna to clarify why the arrest of a man accused in a dowry death case took 21 years.The departed woman's brother lodged the FIR on 2 February 1999 claiming that the husband and his family used to harass her for dowry. He said that without informing the wife's side of the family, the husband and his family had completed the funeral rituals. After ten years, in the case against all...
Read full post