Lawyers in all District Courts in Delhi to abstain from work on April 10. 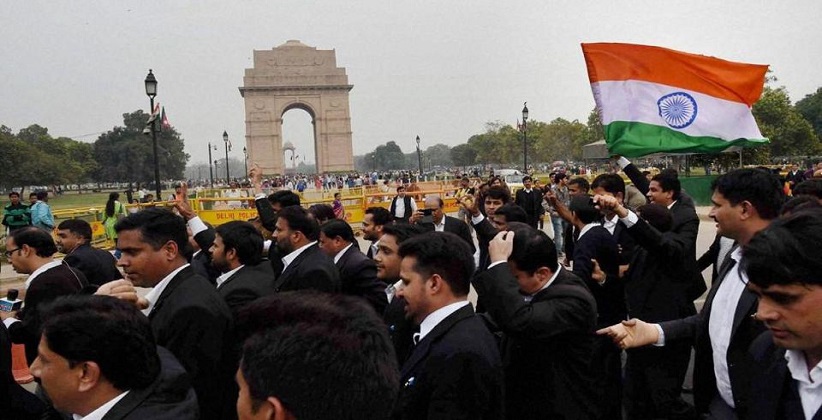 The Coordination Committee of all District Courts Bar Association in Delhi has decided to abstain from work on April 10th, 2018.

No lawyer in any of the District Courts in Delhi will show up for work on the decided day.

The decision of complete abstention from work has been taken in concern of the brutal attack on four lawyers at Karkardooma Metro Station parking on Saturday night.

Saket Court Bar Association Secretary Dhir Singh Kasana said, Four lawyers had some argument with the parking attendants at the metro station near Karkardooma court complex. The parking attendants started assaulting the lawyers and were soon joined by many others in the attack.

The lawyers made a PCR call twice, but the PCR van fled after reaching the spot.

Mr. Kasana further said that though an FIR has been registered and some accused have been arrested but we want the main accused to be arrested and demand that all the Delhi Police personnel who were in the PCR van on both the calls should be suspended for fleeing the spot.

This is not the first time that the lawyers have been brutally attacked, earlier in the month of January Senior Advocates Kirti Uppal, who is the President of the Delhi High Court Bar Association, and Vikas Pahwa were brutally attacked and two vehicles belonging to Advocate Ravi Sharma were also burned in a similar incident.

Following the incident the Delhi High Court on January 29th, 2018 had issued a notice to Delhi Government and Delhi Police on a plea of Delhi High Court Bar Association (DHCBA) seeking SIT probe in the attacks on advocates