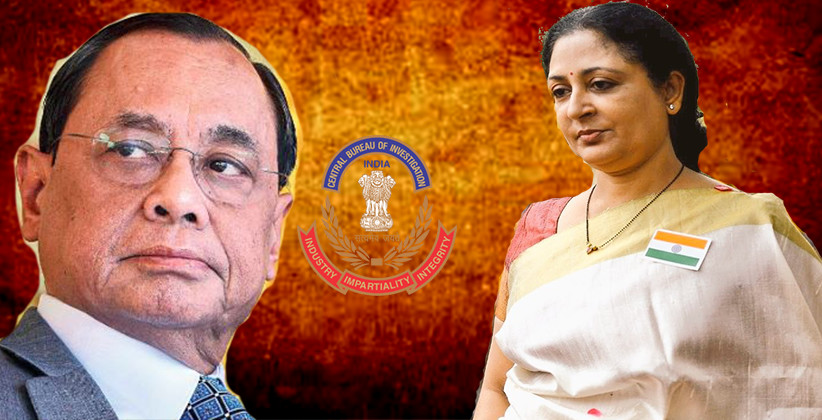 Trouble ensued for Justice Vijaya K. Tahilramani, who recently resigned as Chief Justice of the Madras High Court, as Chief Justice of India Ranjan Gogoi gave his nod to the Central Bureau of Investigation (CBI) to take action "in accordance with law" on the alleged adverse intelligence report about her.

According to official sources, Intelligence Bureau after Justice Tahilramani’s resignation submitted a 5-page report of alleged irregularities in property transactions and taking some decisions on the administrative side as the chief justice of Madras High Court.

The report was submitted after Justice Tahilramani resigned following the collegium's recommendation to transfer her on August 28, 2019, to the Meghalaya High Court.

The collegium, headed by the CJI, and comprising of Justices S.A. Bobde, N.V. Ramana, Arun Mishra and R.F. Nariman, had recommended transfer of Justice Tahilramani, who was elevated as the Madras High Court's chief justice on August 8 last year, to the Meghalaya High Court.

After the recommendation, Justice Tahilramani made a representation requesting the collegium to reconsider the proposal, however, the collegium, stuck to its decision.

Later, she tendered her resignation on September 6, 2019, to President Ram Nath Kovind, a copy of which was sent to CJI Gogoi.

When the collegium’s decision to transfer her “from a bigger HC to one of the smallest HCs” became a subject of debate with a section of advocates claiming that it was intended to harass her, a statement was issued by the office of apex court's Secretary-General Sanjeev S. Kalgaonkar on September 12, 2019, which said, “Though it would not be in the interest of the institution to disclose the reasons for transfer, if found necessary, the collegium will have no hesitation in disclosing the same.”

As per a TOI report, the IB report made a detailed analysis of financial transactions made by Justice Tahilramani to arrange Rs 3.18 crore to purchase “two newly-built flats at Lorraine Tower, Semmancherry/Thiruvidanthai village on the outskirts of Chennai”. The IB report said, “Of this amount, Rs 1.62 crore was paid from HDFC Bank loans and remaining Rs 1.56 crore was paid through own funds in June-July, 2019.”

Apart from the above, the IB report also red-flagged the sudden dissolution of a special bench under Justice Mahadevan, which was constituted in July 2018 to decide idol theft cases in Tamil Nadu involving influential people.

In A First, Bar Council Of Rajasthan Constructs ‘Advocate Bhawan’ For Advocates And Their Families [Read Letter]