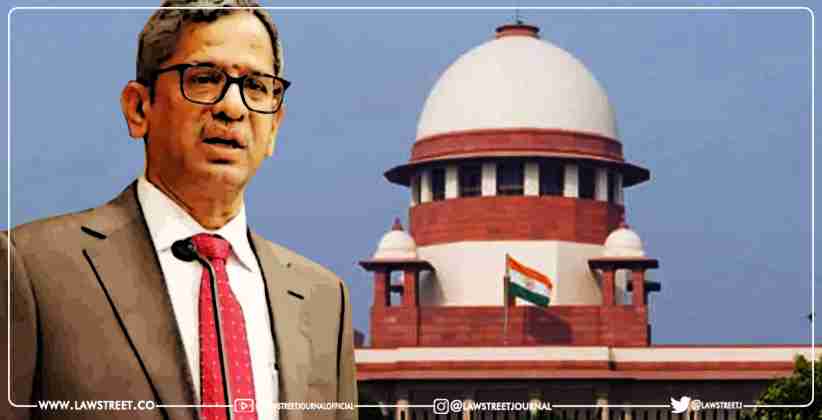 Chief Justice of India N V Ramana on Sunday expressed grave concern over the executive’s “growing tendency to disregard and disrespect court orders” and said unless there is cooperation and assistance from both the executive and legislature, justice to people cannot be ensured by the judiciary single-handedly.

Justice Ramana said the higher courts have been mandated to ensure that executive decisions and legislations were in sync with the Constitution and asserted that the constitutional courts cannot show any laxity while testing the validity of a decision by a government, enjoying popular majority, on the constitutional touchstone.

Also Read - “180+ law officers and you say you don’t have a paper book”; CJI slams lawyer and refuses adjournment

Delivering the fifth L Venkateswarlu Endowment Lecture on ‘Indian Judiciary: Challenges of Future’ at Siddhartha Law College in Vijayawada, the CJI said, “A popular majority is not a defence for arbitrary actions taken by a government. Every action is mandatorily required to comply with the Constitution. If the judiciary does not have the power of judicial review, then the functioning of democracy in this country would be unthinkable.”

“Courts do not have the power of the purse or the sword. Court orders are only good when they get executed. The executive needs to assist and cooperate for the rule of law to prevail in the nation. However, there appears to be a growing tendency to disregard, and even disrespect court orders by the executive,” the CJI said.

“One ought to remember that ensuring justice is not the responsibility of the judiciary alone. Unless the other two coordinate organs make sincere efforts to fill the judicial vacancies, appoint prosecutors, strengthen infrastructure, and make laws with a clear foresight and stakeholders’ analysis, the judiciary cannot be held responsible alone,” he added.

Referring to the rising number of physical attacks on judges and court complexes, the CJI said, “At times, there are also concerted campaigns in print and social media against judges if parties do not get a favourable order. These attacks appear to be sponsored and synchronised. The law-enforcing agencies, particularly the specialised ones, need to deal with such malicious attacks effectively. It is unfortunate that unless the court interferes and passes orders, the authorities generally do not proceed with the investigation.”

Justice Ramana stressed it was the bounden duty of the government to create a safe and secure environment for judges to function fearlessly. He said the fair and fearless functioning of the judiciary also gets adversely impacted by media trials, which have become a trend these days.

“New media tools have enormous amplifying ability but appear to be incapable of distinguishing between right and wrong, good and bad and the real and fake. Media trials cannot be a guiding factor in deciding cases,” he added. The CJI was concerned about a dysfunctional criminal justice system and said the overarching control of the executive over the public prosecutors was the main reason for its abysmal state of affairs.

“There is a need to liberate the institution of public prosecutors. Total independence must be granted to them and to make them answerable only to the courts. Historically, prosecutors in India have been under the control of the government. Hence it is not a surprise that they do not act independently. They do nothing to prevent frivolous and non-deserving cases from reaching the courts,” he said.

“Public prosecutors automatically oppose bail applications, without independently applying their mind. They attempt to suppress evidence during trial which could benefit the accused. A holistic rework needs to be undertaken... PPs act as gatekeepers who ensure that rights of citizens are not sacrificed and that citizens are not harassed through malicious prosecutions,” he said.

The CJI did not spare the investigating agencies and accused them of acting in a highhanded manner because of the absence of any accountability. “There is absolutely no system of accountability in place for faulty and inordinately delayed investigations. A person wrongfully incarcerated due to false implication loses his right to liberty, property, etc. He suffers enormously. There is no real remedy left for him and no compensation whatsoever even after an acquittal,” he said.

Reiterating his demand for setting up of national and state judicial infrastructure authorities to improve woefully inadequate infrastructure in courts, the CJI also attempted to dispel purported misconception about the collegium system, often referred to as judges-appointing-judges system.

“It is nowadays fashionable to reiterate phrases such as ‘judges are themselves appointing judges’. I consider this to be one of the widely propagated myths. The fact is the judiciary is merely one of the many players involved in the process. Many authorities are involved, including the Union law ministry, state governments, governors, high court collegia, intelligence bureau, and lastly, the topmost executive, who all are designated to examine the suitability of a candidate. I am sad to note that the well-informed also propagate the aforesaid notion. After all, this narrative suits certain sections,” Justice Ramana said.

He said a Union government study showed that governments accounted for 46% of total litigation pending in courts. 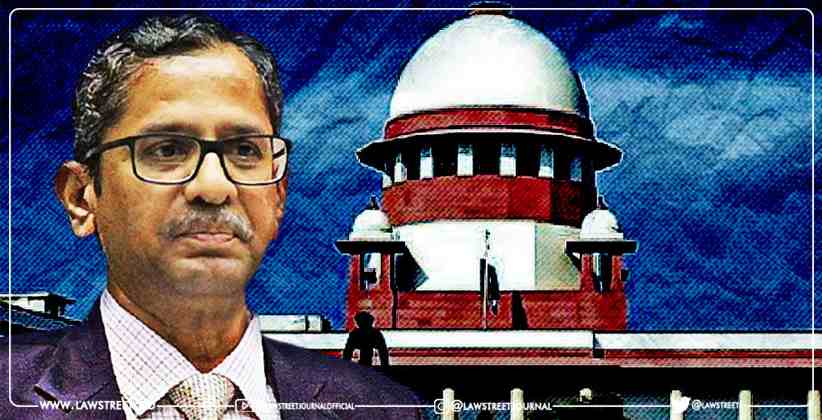 Judiciary Sep 29, 2021 Lawstreet News Network ( ) 52 Shares
52 Shares
Before Supreme Court Bench led by CJI Ramana:Counsel for State of Haryana seeks adjournment saying paper book of case isn’t available.CJI: we can’t help you, your Governments will be like this only! You never come up,after 10-11 years also you say paper book is not there!Bench asks State Counsel: How many additional, associate and deputy Advocate Generals do you have in Haryana?Justice Surya Kant. Its more than 180 law officersCJI: 180+ law officers and you come say you don’t have paper...
Read full post 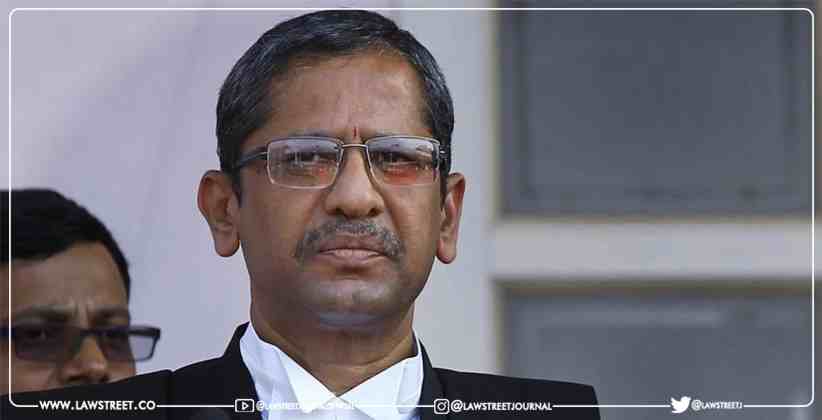 Judiciary Sep 29, 2021 Lawstreet News Network ( ) 26 Shares
26 Shares
CJI NV Ramana: if you are a Balaji devotee then you must be patient. everyday you cannot threaten registry to list the petition. This is not done. we are all devotees of BalajiCJI: Can we interfere in puja and how it has to be conducted. this is not Kachherhri court that you can say whatever you wantDadaa: its about fundamental rightCJI: How to conduct pooja is a fundamental right?CJI to respondent: It is said that there are certain irregularities in conducting pooja. We are all devotees of...
Read full post