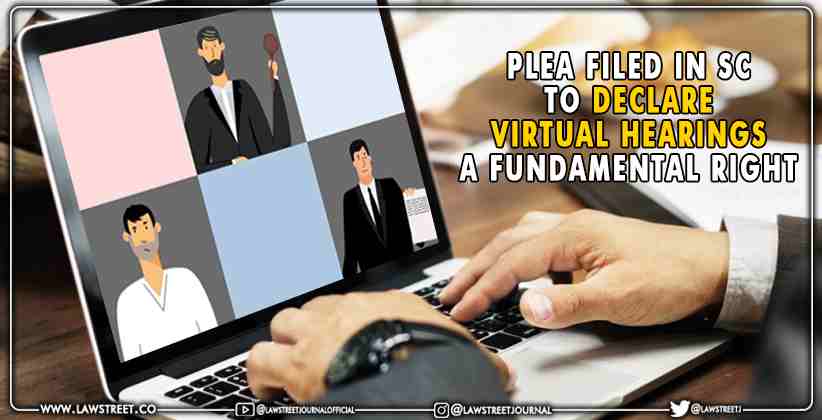 A lawyers' body has petitioned the Supreme Court to declare virtual mode of hearing as a fundamental right for lawyers and litigants.

Petitioner All India Jurists Association, a group of over 5,000 lawyers, asked the Supreme Court to overturn an August 16, 2021 notification issued by the registrar general of the Uttarakhand High Court stating that the Court will resume physical hearings and that no request for virtual hearings will be considered.

The plea emphasized that access to virtual courts is a fundamental right that no court of law can deny to any lawyer or litigant. Aside from Uttarakhand, the plea cited instances of Bombay, Madhya Pradesh, and Kerala High Courts compelling lawyers to appear in person.

"Access to virtual courts and conducting cases through video conferencing using information, communication, and technology is a fundamental right available to every lawyer under Article 19(1)(a) & (g) of the Constitution," it stated.

As a fundamental right, it cannot be defeated or waived on procedural grounds due to a lack of technology or infrastructure, or the inconvenience of the courts in dealing with them."

According to the plea, the HC's order is a death knell for the concept of Virtual Courts. The order contradicts the Supreme Court's e-promotion committee's of accessible and affordable justice.

It asked the Supreme Court to issue an interim order stating that no lawyer should be denied access to virtual courts or any category/class of proceedings before the High Courts under normal circumstances.

In addition to challenging the High Court of Uttarakhand's decision, the petition sought a directive prohibiting all High Courts from denying access to lawyers through virtual mode of hearing due to the availability of physical hearing.

The petition urged the Supreme Court to issue an order declaring that the right to access virtual courts via video conferencing for the purpose of attending and participating in the conduct of any case proceeding is a fundamental right guaranteed under Part III of the Constitution.

In light of the ongoing COVID-19 pandemic, the Supreme Court issued a detailed order on April 6, 2021 directing that all court hearings be conducted in virtual mode.