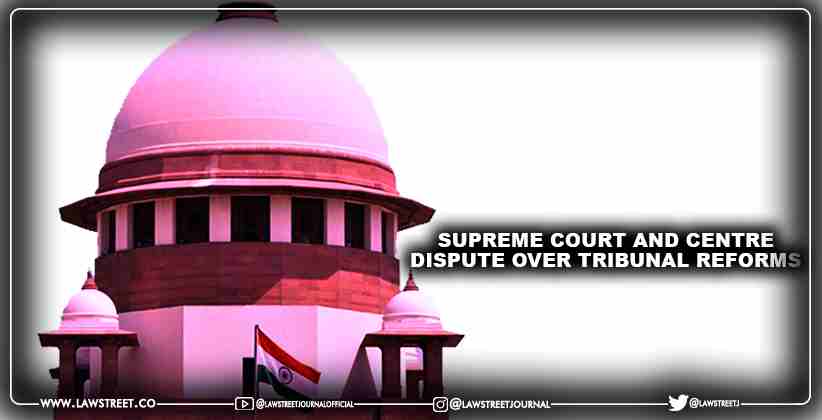 A confrontation has been going on between the Supreme Court and the Centre over the past two weeks. It started with the issue of vaccination and the pricing policies related to it.

On 3rd June, Thursday, The Centre and The Supreme Court argued over the promulgation of the Tribunal Reforms Ordinance, which is allegedly against the Supreme Court’s judgements.

The Bench comprising of Justices D Y Chandrachud, L N Rao and S R Bhat had termed the Centre’s policy for the 18-44 age group as “prima facie arbitrary and irrational.”

Similarly, another bench comprising of Justices Rao, Hemant Gupta and Bhat on Thursday stated that the ordinance was the mirror reflection of the Centre’s “recalcitrant and adamant” ideology in an attempt to go above the mandate given by the Apex Court.

In the course of the hearing on COVID-19 management issues, on 31st May, Solicitor General Tushar Mehta repeatedly and firmly appealed to the SC to not “step into the executive’s policy domain by seeking to tweak policy frameworks.”

The SC had concluded that it shall not remain an entity such as a silent audience when policies breach the constitutional rights of the citizens.

On Thursday, 3rd June, Justices Rao, Gupta, and Bhat reserved its order on petitions that challenged the constitutional validity of the tribunal Reforms, (Rationalization and Conditions of Service) Ordinance, 2021, which seeks to be different from the SC mandate that has a period of 5 years.

Justice Bhat questioned, “Why is a recalcitrant executive going on enacting laws as if the judgements of the SC do not exist.?”