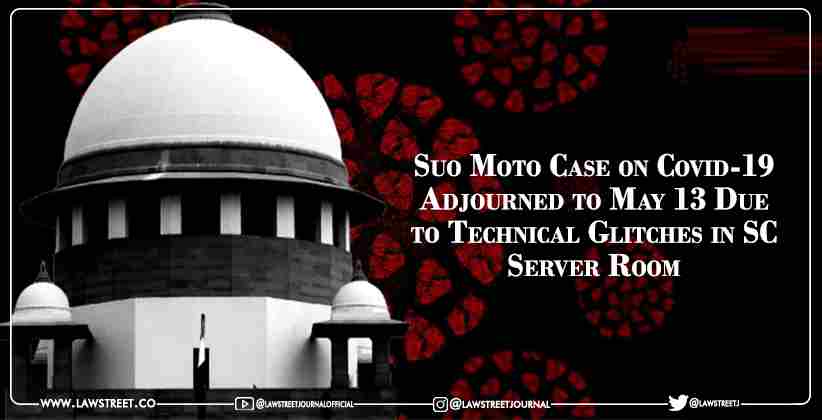 The hearing of the Suo Moto case on Covid-19 management in the Supreme Court was disrupted due to technical glitches in the early hours of Monday (10/05/2021).

The case was to be considered by a bench comprising of Justices DY Chandrachud, L. Nageswara Rao and S. Ravindra Bhat at 11:00 AM through video conferencing.

Though all the judges joined the session at 11:00 AM, they got disconnected within a few minutes. While getting disconnected Justice Chandrachud was engaged in a discussion with the Solicitor General Tushar Mehta.

After a period of confusion which lasted 45 minutes, Amicus Curiae Senior Advocate Jaideep Gupta informed the lawyers who were waiting in the session that there was a technical issue in the Supreme Court’s internet network and that other benches have also risen without completing their proceedings.

Justice Bhat after re-joining the session briefly explained that the server at the Supreme Court was down and the matter will be adjourned to Thursday (13/05/2021). The judge also said that the judges needed time to study the affidavit submitted by the Centre in reply to questions posed in the earlier hearing on 30th April 2021.

In the affidavit, the Centre claimed that the vaccination policy needs no intervention by the court as the policy is following the mandate of Article 14 and 21 of the Constitution. The affidavit also points to the need for discretion for the executive to implement effective strategies for the mitigation of the pandemic.