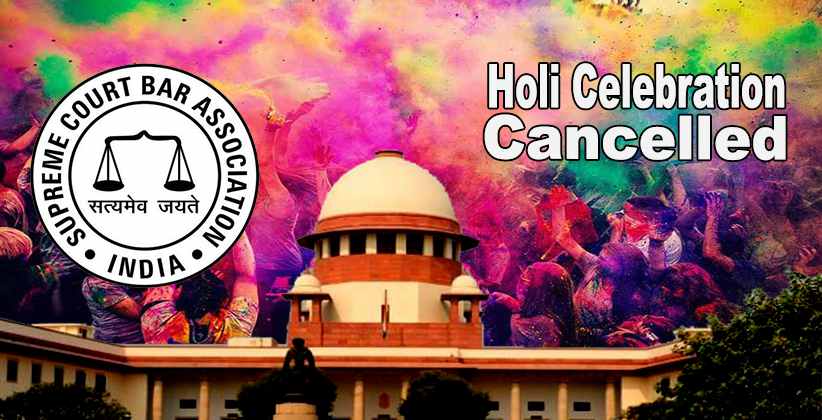 Legal Insiders Mar 04, 2020 Lawstreet News Network 10 Shares
10 Shares
Due to the outbreak of riots in Delhi, the Supreme Court Bar Association declared that it would not celebrate holi to express sorrow for the death of 47 people. The notification of the Association reads as “Having seen the sufferings in North-east areas of the national capital we decided to cancel the Holi Milan scheduled for 6th March 2020”

The violence started from the areas like Jafrabad, Maujpur and Yamuna Vihar when the rioters burned vehicles and houses. The violence started from 23rd February and continued till the night of 25th February. Multiple people lost their lives during this violence which also includes the life of Delhi Police constable Ratan Lal and IB official Ankit Sharma. Delhi police claims that, so far it has registered 369 FIRs and has arrested and detained 1,284 people for the northeast Delhi violence. They have also registered 41 cases under the Arms Act, 1959.

A senior police official claims that the riot affected areas are under control.