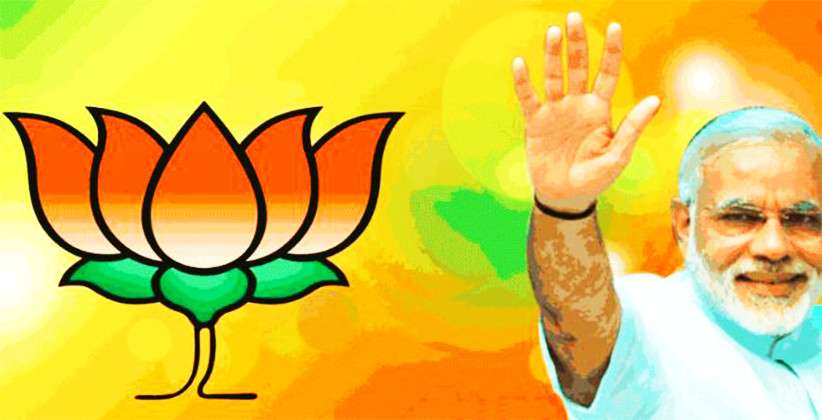 The manifesto makes a slew of promises including, abrogation of Article 370, annulling Article 35A, passing Citizenship Amendment Bill, forming Triple Talaq law, drafting Uniform Civil Code and providing reservation to women in parliament and state assemblies. The party also promised to facilitate the expeditious construction of the Ram Temple in Ayodhya. Read all the legal reforms below.

Citizenship Amendment Bill The Party promises to enact theCitizenship Amendment Bill for the protection of individuals of religious minority communitiesfrom neighbouring countries escaping persecution. “We will make all efforts to clarify the issues to the sections of population from the Northeastern states who have expressed apprehensions regarding the legislation. We reiterate our commitment to protect the linguistic, cultural and social identity of the people of Northeast. Hindus, Jains, Buddhists and Sikhs escaping persecution from India’s neighbouring countries will be given citizenship in India,” the Manifesto reads. Jammu & Kashmir- Article 370 In the manifesto, the party reiterated its position to abrogate Article 370 of the Constitution of India that gives autonomous status to the state of Jammu & Kashmir. Moreover, the Party also promises to annul Article 35A of the Constitution of India stating that “the provision is discriminatory against non-permanent residents and women of Jammu and Kashmir. We believe that Article 35A is an obstacle in the development of the state. We will take all steps to ensure a safe and peaceful environment for all residents of the state. We will make all efforts to ensure the safe return of Kashmiri Pandits and we will provide financial assistance for the resettlement of refugees from West Pakistan, Pakistan occupied Jammu and Kashmir (POJK) and Chhamb.” Uniform Civil Code Believing that there cannot be gender equality till such time India adopts a Uniform Civil Code, the Party promises to draft a Uniform Civil Code, drawing upon the best traditions and harmonizing them with the modern times. Article 44 of the Constitution of India lists Uniform Civil Code as one of the Directive Principles of State Policy. Reservation for Women BJP promises to provide 33% reservation to women in parliament and state assemblies through a constitutional amendment. Ensuring Equal Rights Further, to ensure development of women and to promote gender equality, the Party promises to legislate a Bill to prohibit and eliminate practices such as Triple Talaq and Nikah Halala. Ensuring Justice for All After enactment of the Constitution (103rd Amendment) Act, 2019, which provides 10% reservation in government jobs and educational institutions for those economically backward in the unreserved category, the Party, in its manifesto promises to implement the law while ensuring that SCs, STs and OBCs continue to have their fair representation. Judicial Reforms The Party pledges to simplify procedural laws, encouraging mediation and strengthening judicial and court management system in order to increase accessibility. Further, it also promises to increase the number of Alternative Dispute Resolution forums to ensure avenues for quick disposal of matters. Corruption-free Bharat In order to curb corruption, the Modi government has taken many effective steps such as enacting the Fugitive Economic Offenders Act, 2018, Prevention of Corruption (Amendment) Act, 2018, and the Benami Transaction Prohibition (Amendment) Act, 2016. The Party resolves to make continuous efforts to ensure more effective governance and transparent decision making. Digitization of Land Records On the lines of Aadhaar project, the Party proposes complete digitization of land records on a mission mode. “We will implement second-generation land reforms to ensure title guarantee for the landholder and reduce land-related litigation. We will create a model law for conclusive titling (in consultation with states) promoting title guarantee and title insurance and work with States to implement this system,” the Manifesto reads. Making India a global manufacturing hub To position India as a global manufacturing hub over the next five years, the Party proposes strengthening of the Companies Act in order to incentivize compliance of law and ease of doing business. Further, to unclog courts, the Party promises to amend the Companies Act to impose civil liability for technical and procedural defaults of a minor nature. Police reforms The Modi government noting that our present police and policing is based upon the colonial police force and there is a need to change and transform the police according to the challenges of the 21st century, has proposed to bring Police Reforms by formulating a ‘Model Police Act’. “We will formulate a ‘Model Police Act’ in consultation with the States to have a pro-people citizen friendly police. This will take the Indian policing at par with its contemporaries anywhere in the world,” the manifesto reads. International Financial Services Centre Authority In order to establish India as a hub of financial services, BJP will expedite the enactment of legislation for creating an International Financial Services Centre Authority which will put in place a robust regulatory framework. Ram Mandir Reiterating its stand on Ram Mandir, the Party promises to explore all possibilities within the framework of the Constitution and all necessary efforts to facilitate the expeditious construction of the Ram Temple in Ayodhya. Sabarimala The Party promises to undertake every effort to ensure that the subject of faith, tradition and worship rituals related to Sabarimala are presented in a comprehensive manner before the Hon’ble Supreme Court. We will endeavour to secure constitutional protection on issues related to faith and belief. Read the Manifesto Below.