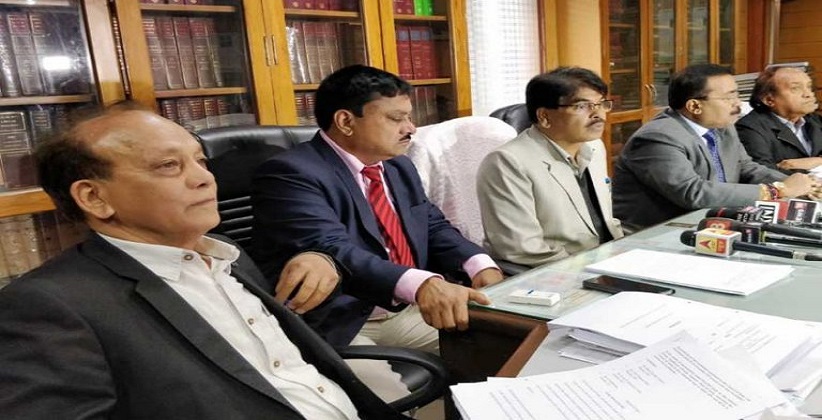 The expert panel which was constituted by the Bar Council of India to decide whether legislators are allowed to practice law or not has reached a majority decision holding that they can.

However, Advocate S. Prabhakaran, who was a special invitee in the panel, has differed from the majority view and said that MPs and MLAs cannot practice as lawyers due to their conflict of interest.

The other committee members - B.C. Thakur, R.G. Shah and D.P. Dhal, were of the view that legislators - MPs, MLAs, and MLCs can be allowed to practice.

Following this, BCI Chairman Manan Kumar Mishra after the General Council meeting has decided to defer the final decision for more thorough and wider consultation and discussion.

Today we discussed the report submitted by the four-member sub-committee. Out of the four honorable members, three (B.C. Thakur, R.G. Shah, D.P. Dhal) were of the view that legislators MPs, MLAs, and MLCs can be allowed to practice. One member S Prabhakaran said they should be debarred on the grounds of conflict of interest and office of profit, Mishra told reporters.

In this view of the matter, the General Council is of the view that the matter needs thorough consideration being a serious issue. Therefore we have deferred the final decision for the next meeting which will be held next week. It is to be noted some of the MPs and MLAs to which we had sent notices had sought eight weeks time for replying. That would also expire next week. So it will meet the end of natural justice before a decision pertaining them is taken. Because they should not say in the end that they were not heard before we took a final decision, said Mishra.

Bar Council was acting on a representation of advocate and Delhi BJP leader Ashwini Upadhyay who argued that MLAs and MPs get salary from the consolidated fund of India, hence, they are employee of the State, and the BCI rule 49 restricts a salaried employee from practicing as advocate.

He also contended that under Prevention of Corruption Act, MLAs and MPs are public servants.