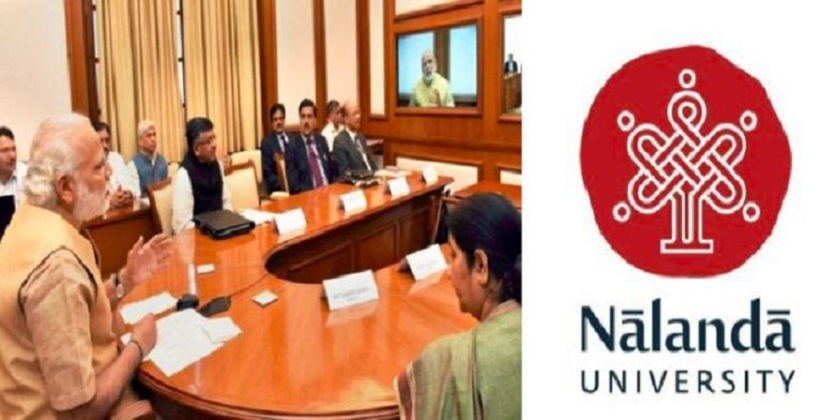 The Union Cabinet chaired by the Prime Minister Shri Narendra Modi has approved the proposal for withdrawal of Nalanda University (Amendment) Bill, 2013 on Wednesday, June 13th, 2018 which was pending in the Rajya Sabha since 26th August 2013.

However, before the bill could be passed in 2014, the Parliament discontinued the session.

The Nalanda University was built on the basis of a Joint Press Statement at the fourth East Asia Summit held in Thailand on October 2009, which supported its establishment as a non-state, non-profit, secular and self-governing international institution.

Subsequently, the Nalanda University Act, 2010 was passed by the Parliament and came into effect from November 25, 2010.

Nobel laureate Amartya Sen was the first Chancellor of the university but resigned in 2015 citing differences with the Narendra Modi government. After him, former Singapore Foreign Minister George Yeo took over the reins. Yeo was replaced by Vijay Bhatkar, who is the current incumbent.