2-Hour Leave For Muslim Employees During Ramzan Announced By Delhi Jal Board, No Concession Given To Hindus Observing Navratri [Read Circular] 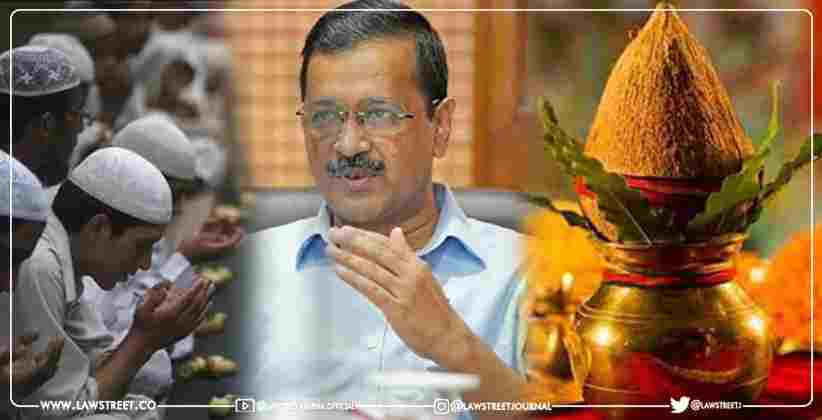 Delhi Jal Board, which is an agency under the Arvind Kejriwal-led-Delhi government that supplies water to most of the National Capital Territory region, on Monday (April 4), announced that Muslim employees would be granted a 2 hours leave daily during the month of Ramzan.

In a circular, the Assistant Commissioner of Delhi Jal Board Virender Singh stated, “The Competent Authority has accorded approval to allow short leave (approx. two hours a day) by the concerned DDO/Controlling Officer to the Muslim employees during the days /f R28 i.e. from 03/04/2022 to 02/05/2022.”

It added that the provision of the 2-hour leave might be extended in case of a delay in the declaration of Eid-ul-Fitr. The notification stated that the Muslim employees are expected to complete their work within the remaining office hours to avail this leave.

Just like Telangana and Rajasthan, Delhi has also made special concessions during Ramzan.

On April 1 this year, the K Chandrashekar Rao-led Telangana government announced that all Muslim employees would be allowed to leave offices an hour early during the Islamic month of Ramzan. The notification was issued by the Chief Secretary of the state Somesh Kumar.

The notification added that all Muslim government employees could leave at 4 pm between April 3 and May 2 this year to perform necessary rituals, except when their presence is required due to exigencies of services during the same period.

On the same day, the Rajasthan government-led-Jodhpur electricity distribution company assured an uninterrupted power supply to Muslim-dominated areas. Also known as Jodhpur Discom, it has issued directives that there would not be any power cuts in any of the Muslim areas for the entire month of Ramzan.

Fellow news channel Opindia had reached out to KG Agarwal, the PA to the Managing Director of Jodhpur Discom, who informed them that the order was issued in response to a motion introduced in the State Assembly by Congress MLA Zahida Khan.

Judge Dies In Accident, Another Judge & One More Person Travelling In The Same Car Injured Seriously