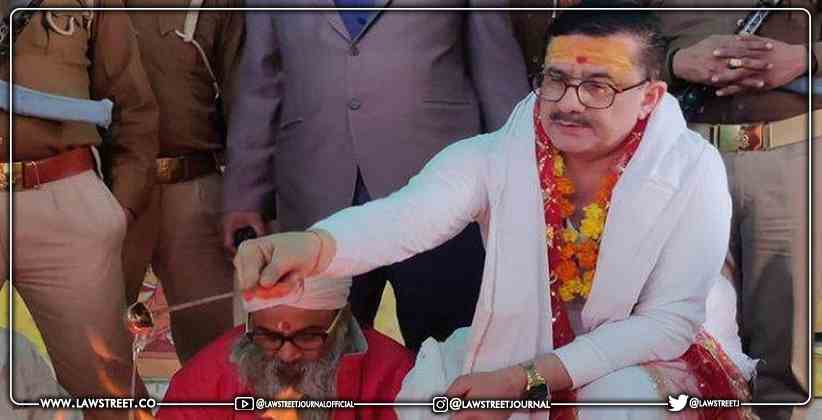 "I was expelled from Islam. After that, it is my choice to practice and preach the religion of my choice," he was quoted as saying.

"Today, I chose to convert to Hinduism. Sanatan dharma is the first dharma of the world. I respect Sanatana dharma. It is full of believing in humanity," he said.

Rizvi drew his entire community's wrath after he moved the Supreme Court appealing to it to remove 26 verses of the Quran, claiming that they encourage terrorism. Muslim clerics expelled Rizvi from Islam for his "objectionable comments" against the religion.

"Being Hindu is a lifestyle. Anyone can change his religion easily by legal means but it is not possible to become completely Hindu by going to the temple. For this, a complete process has to be adopted," he told media persons after the ceremony.

"From today onwards, I will only work for Hindutva," he added and claimed that none of the other religions had so many qualities as Hinduism.

"Muslims do not vote for any political party, they vote against Hinduism and to defeat Hindus," he said.

Earlier, he had expressed his desire to get cremated after his death as per the Hindu religion. Rizvi had also said that he wants his pyre to be lit by Yati Narsimhananda. Rizvi was afraid that after his demise, people will not allow the burial of his body.