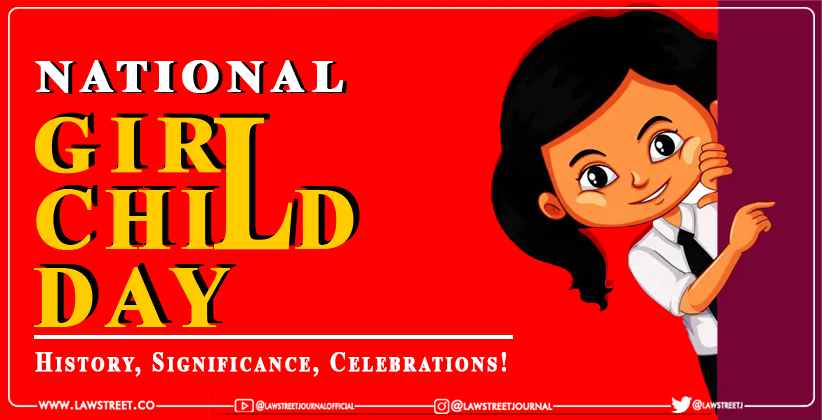 India is celebrating the 14th anniversary of the 'National Girl Child Day' or 'Rashtriya Balika Diwas'. It commemorates the National Girl Child Day every year on January 24 to create awareness about the rights, education, and importance of the girl child. The Rashtriya Balika Diwas is observed every year with diverse themes aimed at empowering the girl child in spheres of life.

National Girl Child Day is marked throughout the country with organised programs and awareness campaigns about child sex ratios, and the creation of a healthy and safe environment for girls.

'Beti Bachao Beti Padhao (Save the girl child, educate the girl child)' is an example of an awareness campaign by the government, launched by the current Prime Minister Narendra Modi. It aims to generate awareness and improve the efficiency of welfare services intended for girls in India.

The Rashtriya Balika Diwas or National Girl Child Day came to be first observed in the year 2008 by the Ministry of Women and Child Development and the Government of India's initiative to create and spread public awareness about inequities faced by girls in the Indian society. Ever since then the National Girl Child Day is observed through theme-based programs including awareness campaigns centred around saving the girl child, gender quality, child sex ratios, creation of a healthy and safe environment for girls, etc.

In 2019, Rashtriya Balika Diwas was observed with the theme, 'Empowering Girls for a Brighter Tomorrow.' In 2020, 'My voice, Our Common Future,' was adopted as the theme to celebrate the National Girl Child Day and 'Digital Generation, Our Generation' as the subject in the year 2021. This year, the National Girl Child Day will be themed around the Azadi Ka Amrit Mahotsav.

The Ministry of Culture is hosting an event called 'Umang Rangoli Utsav.' The contestants will create rangoli decorations at 50 different locations throughout India. On the streets and squares named after the country's female freedom fighters, a kilometre-long rangoli will be created.

The National Girl Child Day significance lies in bringing to the fore the issues and problems faced by the girls in the country in their march towards freedom in achieving their desired careers and dreams of success.

The Rashtriya Balika Diwas creates awareness among people about inequities faced by girls in the country to promote and ensure that egalitarianism prevails in society, especially in the context of the girl child. The National Girl Child Day also promotes awareness about the rights of girl children who are subject to severe abuse at workplaces, in households, and on several socio-economic and political platforms.

In addition to all these, the Rashtriya Balika Diwas also creates awareness on issues that are of vital importance to the girl child such as female education, health, female foeticide, nutrition, etc.

Given the above-mentioned facts, it is essential to comprehend the value of nurturing and empowering the girl child as a quintessential part of the nation-building exercise and women empowerment only makes a nation more progressive and stronger.

The need of the hour is to nurture and empower the girl child by providing her with equitable opportunities to help her grow, explore and harness the potential to the fullest extent in social, economic, political, scientific, empirical, and other dynamic aspects of life.