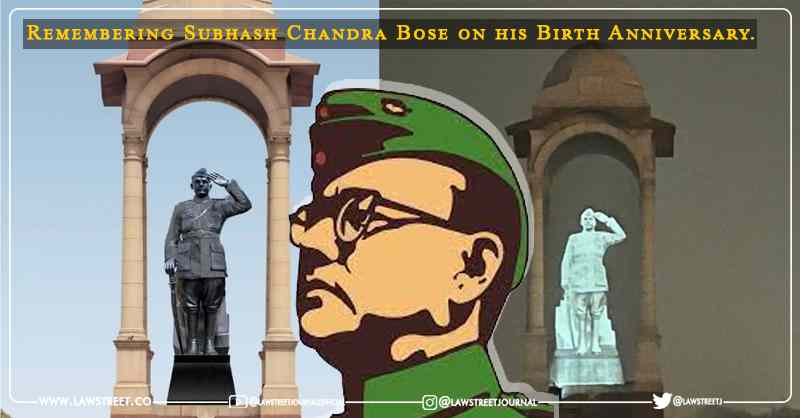 Bose was a brilliant student from his childhood. He topped the matriculation examination of Calcutta province and graduated with a First Class in Philosophy from the Scottish Churches College in Calcutta. He was strongly influenced by Swami Vivekananda's teachings and was known for his patriotic zeal as a student.

To fulfil his parents' wishes he went to England in 1919 to compete for Indian Civil Services. In England, he appeared for the Indian Civil Service competitive examination in 1920 and came out fourth in order of merit. However, Subhas Chandra Bose was deeply disturbed by the Jallianwalla Bagh massacre and left his Civil Services apprenticeship midway to return to India in 1921.

The British put Subhash Chandra Bose under house arrest. This was because of his opposition to British rule. However, due to his cleverness, he secretly left the country in 1941. He then went to Europe to seek help against the British. Most noteworthy, he sought the help of Russians and Germans against the British.

Subhash Chandra Bose went to Japan in 1943. This was because the Japanese gave their agreement to his appeal for help. In Japan Subhash Chandra Bose began the formation of the Indian National Army. Most noteworthy, he did the formation of a provisional government. The axis powers during the Second World War certainly recognized this provisional government.

The Indian National Army attacked the North-eastern parts of India. Furthermore, this attack took place under the leadership of Subhash Chandra Bose. Also, the INA was successful in capturing a few portions. Unfortunately, there was the surrender of INA due to weather and Japanese policies. However, Bose made his Refusal to surrender clear. He escaped on a plane but this plane most probably crashed. Due to this, it is believed that Subhash Chandra Bose died on 18 August 1945.