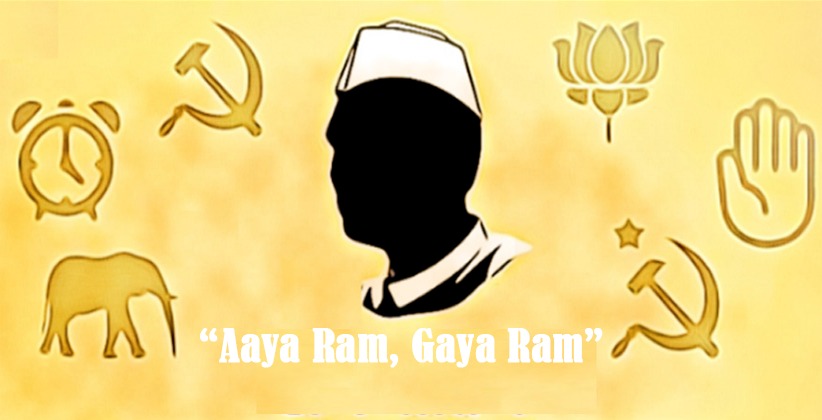 The case Shrimanth Balasaheb Patil v. Hon’ble Speaker, Karnataka Legislative Assembly, 2019 presented for this analysis involves issues regarding switching of party, resignation, disqualification and barring disqualified minister on account of defection under the Tenth Schedule .The Speaker should give sufficient opportunity to a member before deciding a disqualification proceeding and ordinarily follow the time limit prescribed in the Rules of the Legislature which is not seen in this matter. This case highlights the aspects of judicial review for order passed by Speaker under writ petition. No authority has absolute power and judicial scrutiny is for that only where court reserves to protect the fundamental rights and hold power to question the material on which decision is based.

The 2018 Karnataka assembly elections, were held to 222 constituencies, wherein BJP emerged the single largest party winning 104 seats but Congress with JD(S) formed a coalition government with 120 seats out of 224 seats.[1] The crisis began when 2 members of the Congress resigned and the trend continued and the number of resignations from the Congress JD(S) alliance increased to more than 15. The alliance created many attempts to reclaim the members.

It was requested that the speaker ought to disqualify those members who had resigned under the Anti-Defection laws. The speaker didn't accept the resignations, claiming that the resignations needs to be scrutinized in consonance with Article 190(3) of the Indian Constitution. The resigning members approached the Supreme Court, which on 12 July agreed to hear the case on 16 July, whilst ordering the speaker not to disqualify any lawmakers or take any other action in this connection

The events leading up to the resignation of the Chief Minister, on losing the trust vote on 23.07.2019, after several days delay, form the backdrop to the case of the present Petitioners.

ANALYSIS OF THE CASE

Based on the recommendations made by Y.B. Chavan Committee, the Constitution Bill, 1973 and the Forty-eighth Amendment Bill, 1979 were introduced in the Lok Sabha. The 52nd Amendment Bill was introduced in the Lok Sabha in January 1985. The objective of this law on anti-defection was to curb the evil of defections with political motivations, by the lure of power or other likely factors that jeopardize the groundwork of democracy.In pursuance of the above ideal, the amendment inserted the Tenth Schedule into the Constitution The 52nd Amendment Act, 1985.Article 191 of the Indian Constitution lays down grounds for disqualification of membership, either as a member of Legislative Assembly or Legislative Council of State.

The Petitioners had contended that the principles of natural justice were ruptured when the Speaker provided for a three days’ notice in derogation of Rule 7(3)(b) of the Karnataka Legislative Assembly (Disqualification of Members on Ground of Defection) Rules, 1986, wherein a seven-day period is prescribed.In the Constitution Bench judgment of Kihoto Hollohan, the order of the Speaker under Tenth Schedule can be subject to judicial review on four grounds: mala fide, perversity, violation of the constitutional mandate and order passed in violation of natural justice. The court observed that Principle of natural justice should not be a straitjacket formula to get justice. Natural justice is a yardstick of facts and circumstances on which the justice, equity and good conscience depends.

The Speaker while adjudicating a disqualification petition, acts as a quasi-judicial authority and the validity of the orders thus passed can be questioned before this Court under A.32 or A.226 of the Constitution The party challenging the disqualification is obligatory to first approach the High Court as it would be appropriate, effective and expeditious .The procedure framed in this manner is to minimize the burden of cases to SC or HC and to maximize the delivery of justice without going to unwanted litigation. Art.32 is a fundamental right conferred for the citizen but if there is constitutional right Art.226 accessible then it should be vested first as the precious time of SC must be in derogation of utmost important case.

The Speakers scope of inquiry with respect to acceptance or rejection of a resignation offered by a member of the legislature is limited to examine.Article 212(2) provides immunity only as respect to exercise of powers for regulating procedure and conduct of business and it is only reasonable to think that if the rules of procedure are themselves subject to the Constitution, exercise of powers thereunder must also be subject to the same limitation. The satisfaction of the Speaker is subject to judicial review under Art 226, Art 227 and Art 32, Art136.

If the questions having a determining effect on the final outcome have already been decided by a conclusive authority, then such questions cannot be called as substantial questions of law. So, under Art 102 (2) disqualification conferred by Speaker cannot be interrogated as the decision should be solely based on materials. It was noticed that the Petitioners have not been able to establish any illegality in the orders passed by the Speaker about disqualifications. The judgement of court is based on materials and evidence so admitted and it confers a greater responsibility on them when it comes to judicial review.

Under the Tenth Schedule which states that disqualified MLAs shall be subjected to sanctions provided under Articles 75(1B), 164(1B) and 361B of Constitution, there is no way of confusion regarding timeframe for being a member or from holding any remunerative political post from the date of disqualification till the date his office expire or if he is re­elected to the legislature, whichever is earlier. Apparently, Speaker cannot bar disqualified MLAs from appointment to his level of satisfaction. Court has also shown similar attitude on this matter.

Judicial review is one of the checks and balances in the separation of powers, the power of the judiciary to supervise the legislative and executive when the latter exceed their authority. Indian constitution does have such privileges to question the materials on which decision is based even to supreme authority in form of judicial review. One of the flaws in tenth schedule that is noticeable is that there is no timeframe fixed for accepting or rejecting resignation and to disqualify the MLAs by Speaker. They are said to follow partisan approach within their scope and when limited by timeframe depending on nature of facts and circumstances, there will be accountability to fulfill their duty at least. Law on baring disqualified MLAs from future appointment in a party should be stricter by incorporating bar on switching party. MLAs should not allow to switch party after winning the election until next assembly election. By ensuring such step people of India will get more stable government and their trust on voting for party will be safeguarded while democracy will not be misused at every instance. Absence of Justice is a real threat to the presence of peace and supremacy of law is not deliberated only by-passing order or judgement but to deliver law in the form as a rule of law.