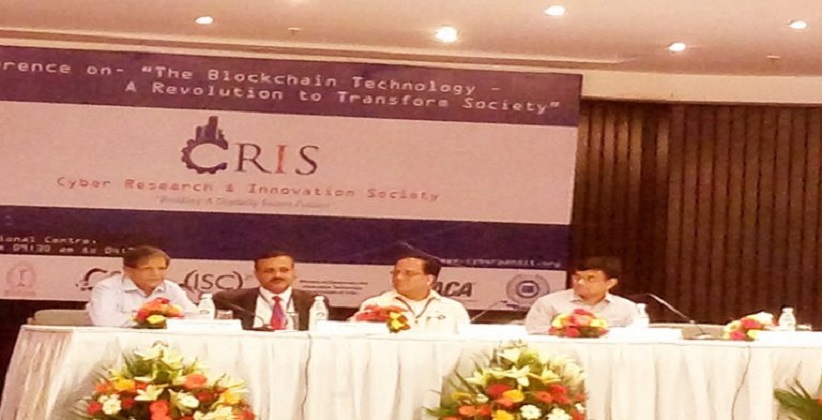 Digital technology has immensely changed our society: how it works, how it communicates, and how it does business. The transformation continues as digital technology evolves further. We are now witnessing the proliferation of DLT, or as most commonly known, blockchain. New uses and applications are emerging on a daily basis. India needs to gear up for major legal & Institutional overhaul to embrace the highly disruptive technology instead of being apprehensive of it.

A conference on “Blockchain technology—A revolution to transform society” held on May 12, 2018, at India International Centre, Delhi which urged the stakeholders to bring in legislative changes and regulatory framework creating a conducive atmosphere for the adoption of blockchain in various fields as the existing laws were inadequate to support.

Cyber Research and Innovation Society (CRIS) conducted the day-long conference discussing on legal and technical aspects of the blockchain. "There is an urgent need to bring legal & structural reforms to implement the blockchain technology, which is going to reform every segment of the society and would also bring transparency,” said Neeraj Aarora, President of CRIS.

The blockchain is not only disruptive but a game changer that brings in revolutionary transformation in our business and governance. “The functioning is widespread ranging from e-commerce to transparent record-keeping including land and judicial registry to e-voting to digital asset and identity management, to name a few,” said Sandeep Arora, CEO, Cyberimersions Solutions.

A penal discussion was also conducted in which Justice (Retd) S N Dhingra said, “The Indian Courts are slow in adopting new technology in India which otherwise is becoming pervasive in every segment of the society, and there is urgent need to catch up with the new technological advancement.”

The conference came out with a framework in a bid to assist the government for a comprehensive policy on the blockchain. Mr. Neeraj Aarora came with a regulatory framework which can be implemented and said that "the framework may include defining blockchain technology, Distributed Ledger Technology, Technology Standards, the legal validity of ‘smart contracts,' and institutional framework to create standards for continuously changing technology, its auditability, etc."

Talwant Singh, District Judge, Delhi, also taking part in the discussion, took it forward and said, “Blockchain companies need to be projected as service providers, and its scope can be extended into all the segments of the society. Legal amendment to create standards, suitable presumptions, and enforcement of smart contracts are required to avoid confusion in enforcing the technology in the society.”

Once Again Alertness Proved CISF's Worth.