JANGAM- a forgotten exodus in which thousands died. 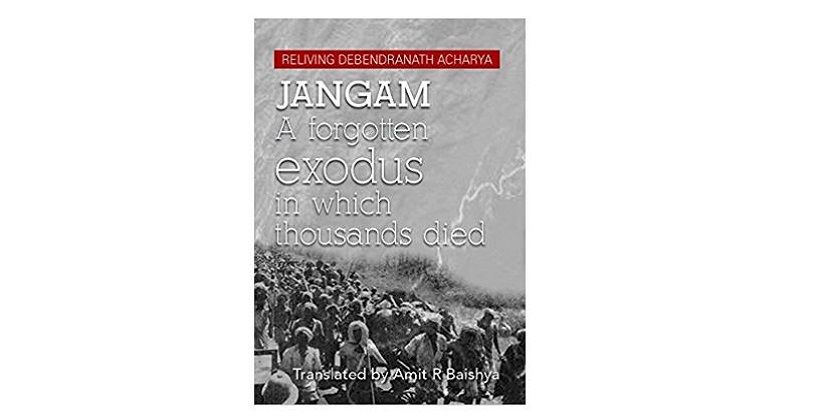 “Without books, God is silent, justice dormant, natural science at a stand, philosophy lame, letters dumb, and all things involved in darkness."

The book was published posthumously by author's wife, Mahashweta Acharya. She felt Jagan has a universal appeal. Since it was written in a local language, this fact limited its readership. This is what inspired her to go ahead with the transition of this book in English by Amit R Baishya.

It is novel based on Jangam (Movement), which is the poignant tale of a group of ordinary people, who were dislocated due to the devastation caused by the World War-II. They are the universal symbols for the suffering humanity.

The book presents the facts that these people embarked on a great, unknown journey with the fervent desire for survival burning in their hearts, but their goals were thwarted as they succumbed with their wishes unfulfilled, to the cold embrace to death. The author laments in the book that hardly any account of this massive calamity has been registered in India's literature.

During the exodus, an estimated 4,50,000 to 500,000 Burmese Indians walked to north-east India fleeing from the Japanese advance and also from escalating ethnic violence in the Burmese theatre of war.

Jangam is the only sustained fictional treatment of this long march, which is worth reading by all those who want to see life through the casement of history and those whose hearts filled with fellow feelings condemn violence of all sorts.